Florida is known for having a wide variety of wildlife and the Alligator is at the top of the food chain. That is especially true for this MONSTER that was killed in Venus, FL recently. 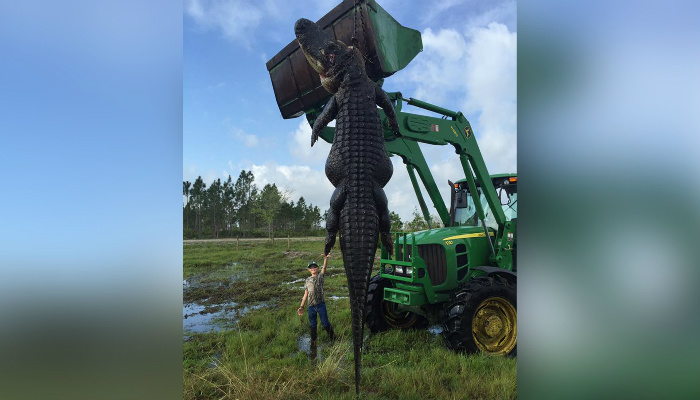 In an April 2 Facebook post, the nearly 15-foot alligator is shown hanging from a John Deere bulldozer. The alligator was harvested during “a guided gator hunt” on the farm.

According to WPEC, Okechobee resident Lee Lightsey was responsible for killing and capturing the reptile behemoth.

Venus, Fla., is located south of Sebring in the agricultural-heavy part of the state, known mainly for large cattle ranches and sugarcane fields.

It’s pretty incredible to see a beast grow so big and then to be seen next to the child shows how truly terrifying it is. What do you think?