Is this a hoax, or is there really something relevant going on with this adult site?

Bruce Springsteen has already cancelled a concert in Greensboro, PayPal withdrew plans to open a new global operations centre in Charlotte and Community actor Joel McHale donated his proceeds from a North Carolina show to the Durham LGBT Center in protest. 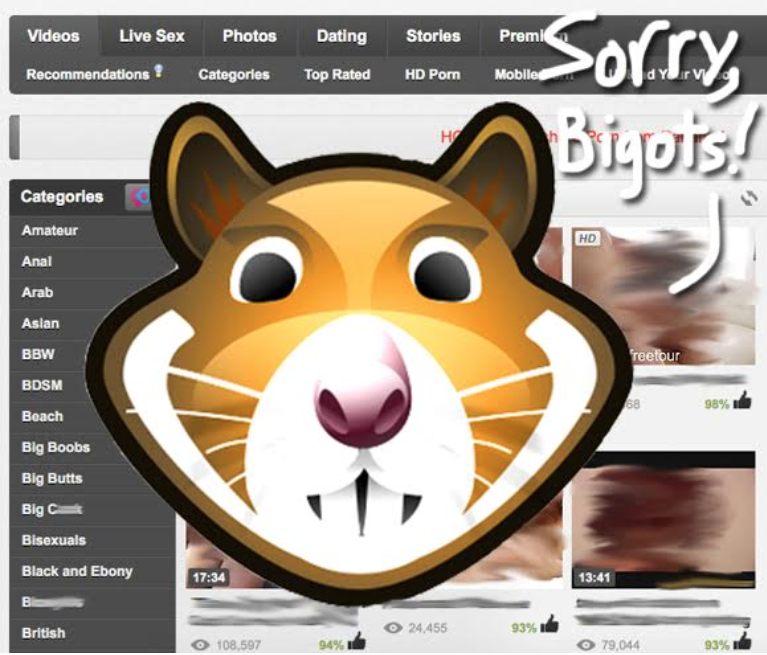 Local boards of education and public agencies to designate and require use of single sex multiple occupancy bathroom or changing facilities based on a person’s biological sex, as stated on that persons birth certificate.

The act would force residents to use public gendered facilities that correspond with their sex at birth. 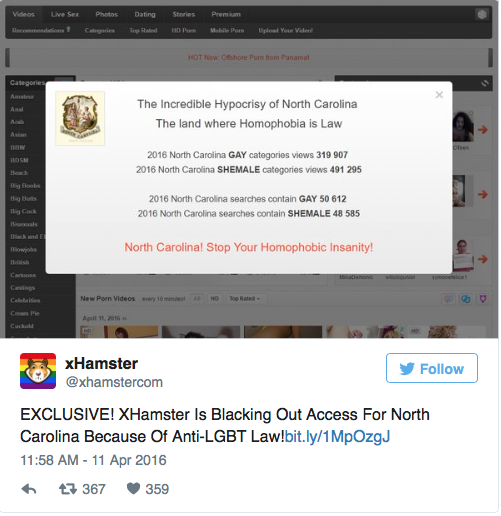 We are appalled by the recent events that have transpired in North Carolina. We have spent the last 50 years fighting for equality for everyone and these laws are discriminatory which XHamster.com does not tolerate. As of today, access to XHamster.com is blacked out in the state of North Carolina until further notice.

Judging by the stats of what you North Carolinians watch, we feel this punishment is a severe one. We will not standby and pump revenue into a system that promotes this type of garbage. We respect all sexualities and embrace them.

However some North Carolina Reddit users have claimed that the website isn’t actually blocked – rather the message is a popup that can be dismissed.


My money says this whole thing is just a publicity stunt. People in North Carolina can just visit other sites, right?


Previous [VIDEO] #BLM THUG DOES THE UNTHINKABLE TO TRUMP SUPPORTER, BUT THEN IT GETS WORSE

Next [WATCH] Billy Hamilton Breaks The Most UNEXPECTED MLB Baseball Record..... Who Saw This Coming?