He had no idea he would bring this home from Tanzania… 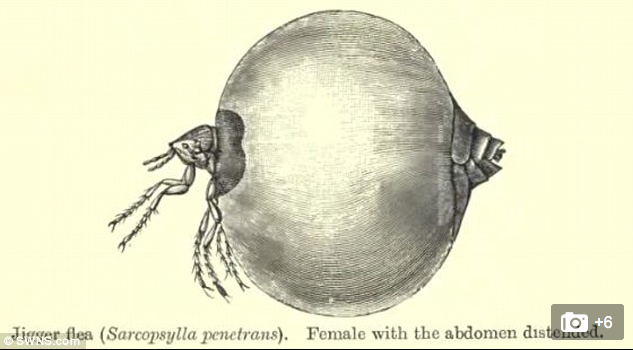 A backpacker was left horrified after a flea and hundreds of eggs burst out of his foot following a trip to Tanzania.

Geography graduate Matthew O’Donnell, 22, was unaware a tiny chigoe flea had burrowed into his flesh and was feeding off his blood until weeks later when he had flown back to Britain.

He was sitting on his bed at home in East Sussex when he felt a tingling sensation and suddenly the black bug burst through his skin and onto his bedclothes – followed by hundreds of tiny eggs.


Mr O’Donnell had spent the summer working as a volunteer in rural Tanzania after completing his studies at Plymouth University and returned at the beginning of September.

He had been warned about the chigoe – or jigger flea as it is known locally – but had no idea he had been carrying one in his foot.

He said: ‘I looked down to see a lump and thought “What on earth is that?” 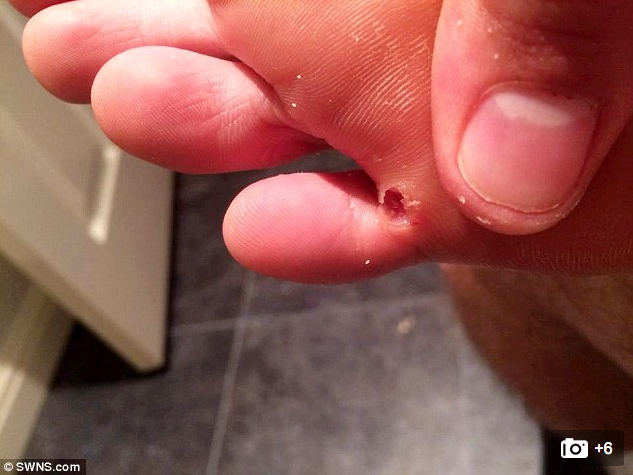 ‘A tiny black bug dropped out, followed by 100 little white eggs tumbling after it.

‘I had an idea of what it was because while I was out there one of my friends also got it in one of her toenails.’

He added: ‘This type of tic lives in the sand over there, so if you’re walking around in flip flops it burrows into your skin.

‘It seems this insect used me as a free ticket back to Tanzania only to pop out a month later.’

Mr O’Donnell has been left with a small crater close to his little toe where the bug was nesting but doctors have given him the all clear.

The chigoe flea is the smallest flea known to man at just 1mm and is usually extremely hard to spot.

When the eggs hatch they tumble out of the abdomen while the flea dies.

Matthew added: ‘I wasn’t expecting all the eggs to come out of my foot. I wrapped it all in toilet paper and flushed it down pretty quickly.

‘I thought if they are going to hatch I would rather not see. The tic was proper fat, so I got rid of that pretty quickly too.

‘It wasn’t painful, it was like a tingling sensation. It’s fine now, it has left like a crater sort of shape in my foot.’

He added: ‘It was pretty creepy. I’ve basically acted as a walking incubator for a month without knowing or giving my permission.

‘I wasn’t sure whether to laugh at the situation or run into my kitchen hysterically shouting at 3am to cut my foot off with a carving knife.’

Video: Sometimes these fleas have to be removed!