‘I decided I’d had too much to drink and needed to go to bed. That’s when… 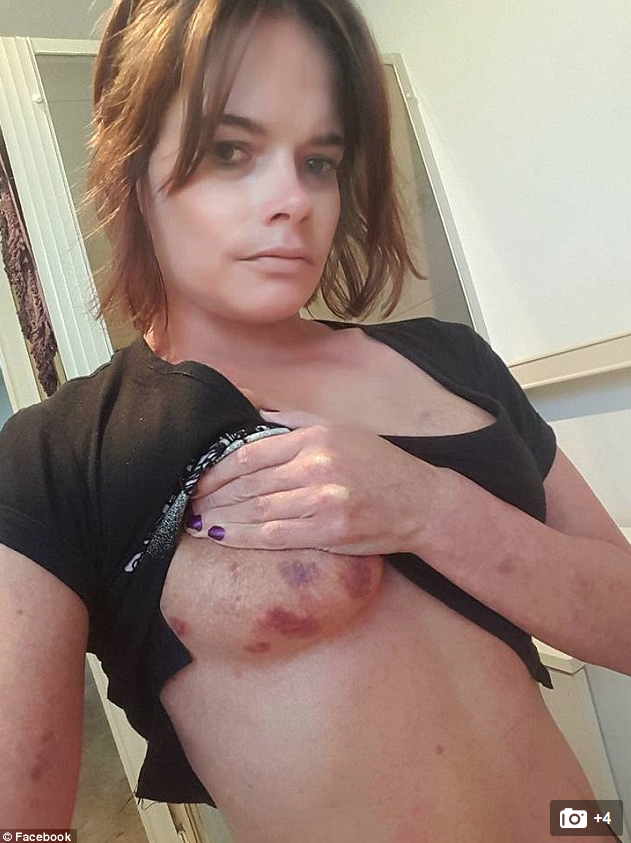 A woman has shared horrific photos of injuries she sustained when a man attacked and raped her after they met on a dating site.

Kat Berry, 31, started talking to the man on the Plenty of Fish dating website before the two arranged to meet in person at a pub in Bendigo, Victoria, on October 17 last year.

Ms Berry said they instantly hit it off and after a while went back to her house where they spent five hours talking, drinking and watching YouTube music videos.

‘We got along really well. We discovered we got along better as mates, there was nothing sexual,’ Ms Berry told Daily Mail Australia.


‘At 2am I decided I’d had too much to drink and said I needed to go to bed. That’s when he turned.’

Ms Berry said the man violently raped and attacked her.

‘He grabbed me on the boob from behind… the rest is a big blur. I remember bits and pieces,’ she said.

‘I was quite hungover the next day so I didn’t go to the hospital. I was numb and didn’t realise (the extent of the injuries).

‘I wasn’t even going to go to the police because it was my own stupid fault for bringing him home.’

Ms Berry ended up going to the Bendigo police station the following night to report the crime. 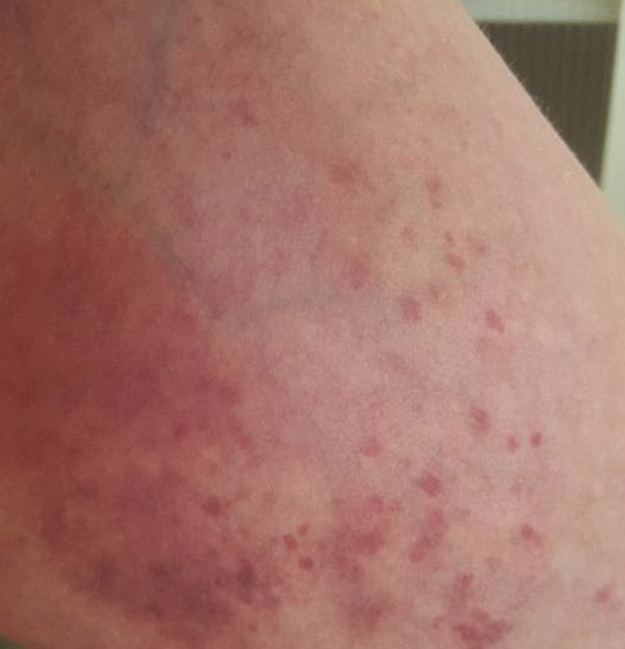 But her alleged attacker had given her a fake name and phone number, and deleted the profile she had seen on the dating website.

‘I had no proof to show he had done it to me. There was no DNA because he had used a condom,’ Ms Berry said.

She decided to share photos of her injuries six months after the attack when she learned last Thursday the man would not be charged.

She claims police found her alleged attacker in Queensland a few months ago and that he was accused of raping two other women in similar attacks.

‘These photos only show the bruising to one of my thighs, one of my breasts, a few on my arms, collarbone and my neck. It doesn’t show the rest of the damage he did,’ she said.

‘What no one knows is of what scars I have under my boobs, around my vagina, my clitoris, or the internal damage done.’

Ms Berry said she had been plagued by anxiety and depression since the attack.

‘All trust is gone. I don’t feel comfortable with dating any more. I’ve gotten out there and met two other guys, but my anxiety has gone through the roof,’ she said.

By sharing her photos, Ms Berry said she hoped to help women be more aware of potential dangers of online dating.

‘It’s scary to know what some people are capable of. He came across as a friendly tradie. He didn’t seem like that type of person,’ she said.

Next [WATCH] Never Flush Spiders Down the Toilet; Black Widow Spiders in my House