A teenage gunman was shot dead by police officers after he opened fire with a high-powered rifle outside a high school prom, injuring a couple of students, authorities said.

Jackob E. Wagner, 18, arrived at Antigo High School in Antigo, Wisconsin, at around 11pm on Saturday night and started firing at the pair, a male and a female, at the school’s entrance as they left the building.

Antigo Police Chief Eric Roller said several police officers were at the scene providing security for the event and quickly stopped the threat by shooting the suspect. The injured students, who were both shot in the leg, and Wagner were taken to hospital, where the female was treated for a gunshot wound and later released.

The male student was undergoing surgery for injuries that weren’t life-threatening. Langlade County Coroner Larry Shadick said Wagner died shortly after 1am on Sunday morning in the intensive care unit at a Wausau hospital. 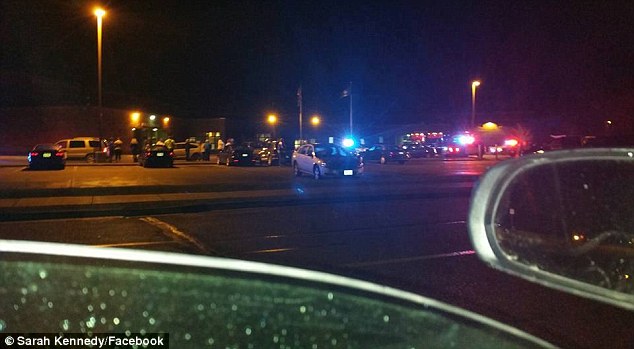 School officials do not think Wagner targeted his victims, but believe that he had been planning to enter the prom and start shooting randomly. Interim district administrator Donald Childs said Wagner did not graduate with his class from Antigo High School last year and was continuing to work on his diploma.

But a friend of an 18-year-old described him as a ‘good kid’ who loved video games, hanging out with friends and music.

Dakotta Mills said he had known Wagner since sixth grade and considered him a foster brother. He says Wagner was raised by his mother and grandparents.

Mills says Wagner was interested in guns and wanted to become a hunter, and had gone through a hunter safety course a few years ago. But he wasn’t sure Wagner could afford a gun.

Dylan Dewey said Wagner had been dating a girl at the school but that she had broken up with him last month.

Next Convicted Killer Is Released For Good Behavior, Turns Around And Commits Heinous Crime