Truthfully, does it surprise you that a man would do this in a dressing room? 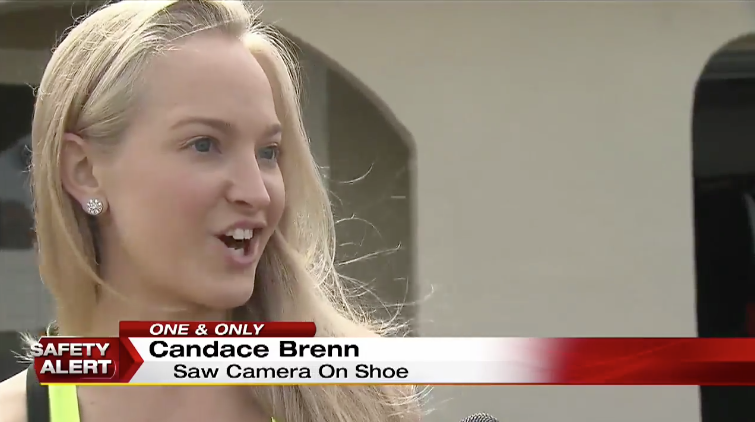 A woman says she caught a man trying to record her undressing in the Sawgrass Mills Mall in Sunrise, FL, according to a Local 10 report.

Candace Brenn was trying on swimsuits in Forever 21 when she noticed the end of someone’s shoe from the room next door poking out. Something shiny on the edge of shoe then got her thinking.

“It’s nasty. It’s disgusting. I don’t understand why some people would do that,” Brenn told Local 10. “I glance down and I notice that it’s a camera lens on the top of this man’s shoe, and I really was just beside myself.”

Once she realized it was a camera lens, Brenn went to confront the man with store employees.

She asked him what was on his shoe. She said the man acted nervous before running out of the store.

Brenn proposed the store should have separate men’s and women’s fitting room so something like this would never happen again.

Police are still looking for any information on the man accused of spying on Brenn.

Next [WATCH] Airport Worker Gets Fired But Still Has Keys To The Large Equipment, An Airplane Suffers!