The UK has one of the worst healthcare systems in the developed world according to a damning new report which said the nation has an “outstandingly poor” record of preventing ill health.

Hospitals are now so short-staffed and underequipped that people are also dying needlessly because of a chronic lack of investment. The verdict, from the Organisation for Economic Co-operation and Development (OECD), will make embarrassing reading for David Cameron who denied the cash-strapped NHS is heading for its worst winter crisis.

Staff are too rushed to improve levels of care that have in many areas fallen below countries such as Turkey, Portugal and Poland. Almost 75,000 more doctors and nurses are needed to match standards in similar countries the OECD said in its annual Health at a Glance study comparing the quality of healthcare across 34 countries.

While access to care is “generally good” the quality of care in the UK is “poor to mediocre” across several key health areas, obesity levels are “dire” and the NHS struggles to get even the “basics” right, the report said citing a lack of investment over the last six years. 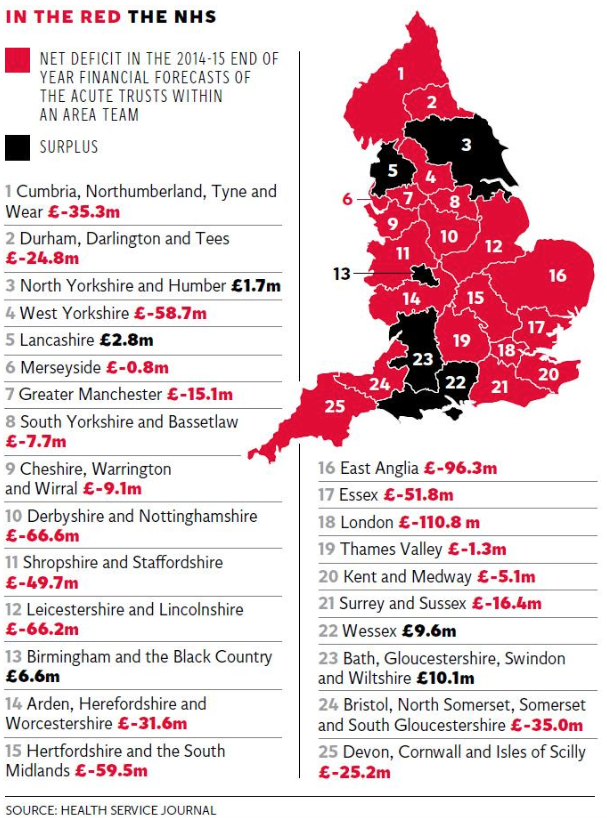 The organisation called for “urgent attention” to combat high rates of smoking, harmful alcohol consumption and obesity, which are all above the OECD average, to reduce premature mortality in the United Kingdom. Some 19 per cent of adults in the OECD are obese on average, but the figure in the UK is 25 per cent.

While survival after hospital admission for heart attack and stroke is improving it is “worse than many other OECD countries” including Canada, Italy, the Netherlands and Spain, the 220-page study said. The UK is ranked 20th out of 32 countries on heart attack deaths.