Do these words indicate a change of heart for this man? Do they make you angry? People are divided on the issue… 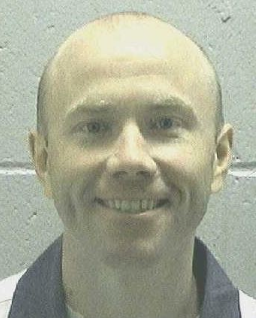 Talk about too little, and too late.

A convicted killer on the verge of execution by the state of Georgia chose to use his last moments to apologize to the woman whose family he wiped out during a home burglary almost 20 years ago.


“I would like to say I’m sorry to Mrs. Moss and the family,” Lucas said in his final statement, according to The Associated Press.

And what specifically was he sorry for?

Three people murdered — in cold blood — when Lucas and another man decided to burglarize their home to get money for drugs, according to AP.

Gerri Ann Moss got to the house to find the bodies of her husband and children. Had she arrived while Lucas and his accomplice were there, she probably would have been killed, too. It wasn’t clear if she was at the execution on Wednesday.

His execution followed lengthy attempts by his attorneys to have the capital punishment halted because Lucas was 19 at the time of the murders. His accomplice, Brandon Rhode, was 18 when the killings occurred. He was executed in 2010, according to the Atlanta Journal Constitution.

The Georgia Supreme Court declined the request of Lucas’s attorney to stay the injection. The United States Supreme Court rejected the appeal, the AP reported.

Besides his apology to Gerri Ann Moss, Lucas offered a short prayer.

Time changes people, of course, but Lucas’s definition of “good,” “kind,” “strong” and “wise” might be different from most.

Or those words might be exactly how Gerri Ann Moss would have described her husband and children — if they were still alive.

Some social media users took Lucas’s apology with a grain of well-deserved salt. 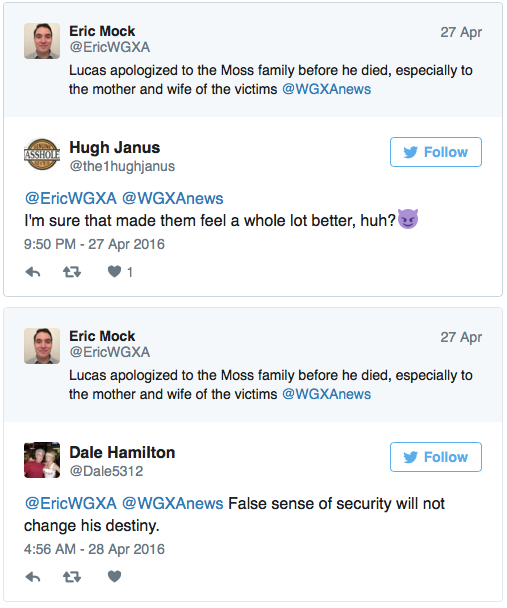 But there were more forgiving types, as well. Here’s one social media message that went out just before the execution. 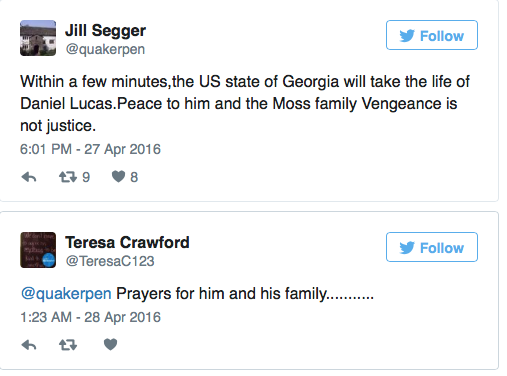 Prayers are never a bad idea. But just because “vengeance” and “justice” aren’t the same thing, that doesn’t mean they can’t sometimes produce the same result.

Even if the killer is sorry.

We pray for peace for all of the families involved in this sad case.

Next [WATCH] Is This Man With A Snake A Legal Scholar Or An Imbecile? Some Say He OWNED The Cop!