Mixed-race couples across America have hit back at racists who unleashed a torrent of abuse at Old Navy for featuring an interracial family in one of their stories.

Couples from across the nation posted photos of their own mixed-race relationships and families using the LoveWins hashtag, after bigots accused Old Navy’s innocuous sales advertisement of being ‘mixed race propaganda’.

One man, who serves in the military, shared of a photo of himself and his wife in uniform and their young daughter writing, ‘From our families to yours. Thank you!’

A torrent of vile abuse had earlier been directed at the company for posting an ad of a happy interracial couple and their child to advertise an ongoing sale on its website.

The ad shows the couple dressed in bright summer clothes, the child wrapped around his father’s shoulders.

‘Stop promoting miscegenation or else I’m taking my $$ elsewhere!’ wrote one user.

‘My family and I will never step into an @OldNavy store again,’ wrote another. This miscegenation junk is rammed down our throats from every direction.’

Anti-miscegenation laws were first introduced in the United States in the late seventeenth century. They were also utilized in Nazi Germany and South Africa as part of the apartheid system.

A number of the Twitter users who spoke out against the tweet indicated on their Twitter bios that they were supporters of the ‘Alt-right’ movement and GOP presidential candidate Donald Trump.

But while Old Navy may have lost some customers with their ad, a number of others pledged that they would be running to scoop up the retailer’s clothes. 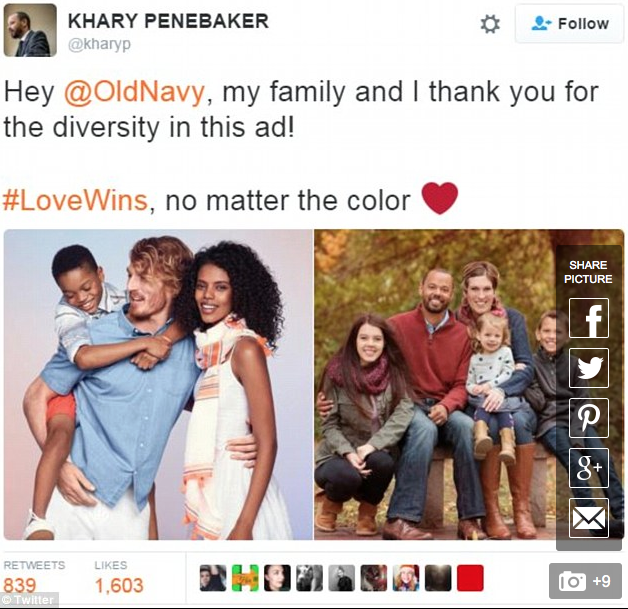 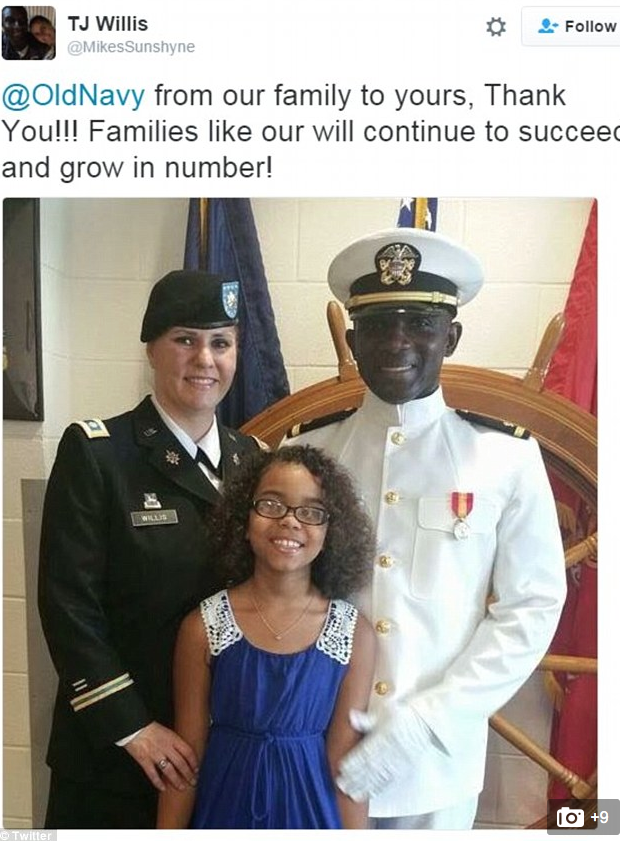 ‘@OldNavy on some real s*** though im on my way to buy a bunch of your clothes just because racist white people mad,’ one user wrote.

‘Ain’t sported their s*** in forever, but now im down,’ one of the user’s friends replied. ‘Bout to be old navy on deck!’

And countless other users pledged their support and thanked Old Navy for the tweet.

‘This is a lovely ad,’ wrote one. ‘Thank you for portraying real world families in your advertising.’

The ad also inspired a number of Twitter users to share photos of their own beautiful interracial families and spouses. 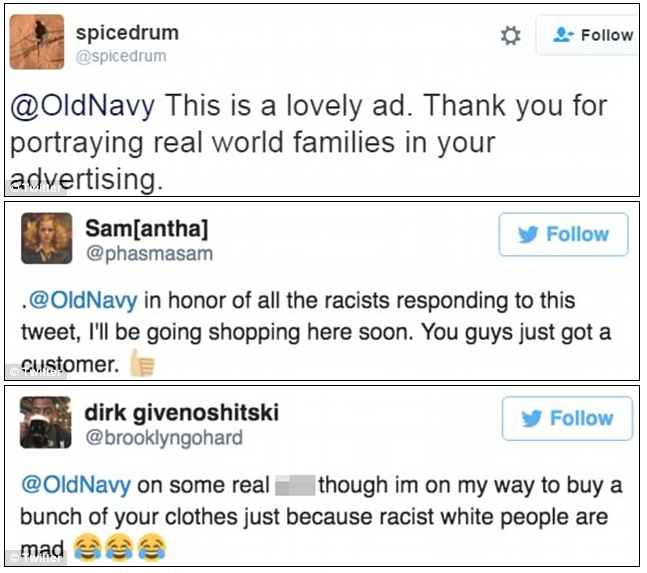