“This is absolutely one of the worst identity theft cases I have ever seen,” said the 25-year veteran prosecutor. 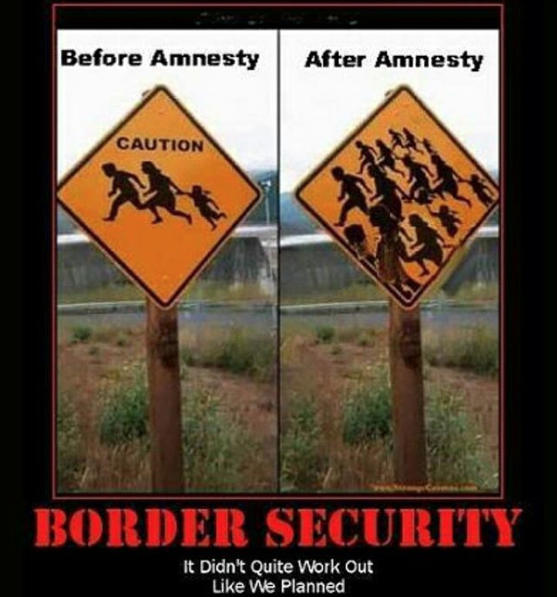 An illegal alien with a long criminal history, including being a registered sex offender, has pleaded guilty to identity theft bringing an end to a long, painful era for the person whose identity he stole.

Imagine if every time you had to apply for a job, a background check revealed you were a drug dealing sex offender and you had to prove that you were not. Your name, date of birth, Social Security number, parents’ names, etc., all match with the criminal record. Getting or keeping a job would be a very difficult task.

This is what life has been like for the past twenty years for 46-year-old Marcus Cavillo, a Texas man living in Grand Prairie, Texas. On Monday, Fernando Neave-Ceniceros pleaded guilty to using the identity of Cavillo over the past two decades. Neave’s criminal history was all recorded under the false identity that he stole because he did not want to be deported for being an illegal alien from Mexico, Assistant U.S. Attorney (AUSA) Brent Anderson told Breitbart Texas in a phone interview on Tuesday.

“This is absolutely one of the worst identity theft cases I have ever seen,” said the 25-year veteran prosecutor. He said the impact on the real Cavillo’s life has been horrific.


The criminal history of the fake Cavillo, began at age 17 in 1993 in Ford County, Kansas, when Neave was arrested and convicted on drug trafficking charges. Six years later he was convicted again on a misdemeanor count of battery and the felony charge of indecent liberties with a child under the age of 16 but over the age of 14.

In 2004 and 2008, he was convicted for failing to register as a sex offender. He was next convicted in 2009 for the sale of opiates and in 2010 for bribery. He has been in the Kansas prison system since that time.

All of these crimes are reported under the name of Marcus Cavillo.

After fighting the identity theft issues for years, the real Marcus Cavillo contacted the U.S. Attorney’s Office in Kansas for help after he read about an identity theft case involving a Houston teacher, Candida Gutierrez, Associated Press reporter Roxana Hegeman wrote, published by the Claims Journal’s in 2015. That case also involved a person living in Kansas, Benita Cardona-Golzalez, Breitbart News reported in 2013. While Gutierrez’ identity theft case made the Texas school teacher’s life difficult, it only involved credit related issues. The Cavillo case marked an innocent man as a sex offender.

That effort paid off and on Monday, Neave pleaded guilty to stealing Cavillo’s identity.

The real Cavillo has been unable to keep a job over the years since Neave’s crimes began. The sex offender charge and status has been particularly damaging to the man who was guilty of nothing. While working as a cable installer, Cavillo was fired with no notice. When he asked why, he was told “You know what you did,” the Associated Press reported. The theft of his identity made him a victim. It made it difficult to keep a job, support his children, or even pay his bills.

“My whole life has been put on hold because of this person, and it has gotten worse and worse and worse,” Cavillo told Hegeman. His life and future were now in the hands of AUSA Anderson.

This week, his prayers were answered and he is now back on the road to rebuilding his life that was destroyed through no fault of his own.

Cavillo first found out about the impostor’s criminal record while applying for a job. After being turned down for several jobs, Cavillo finally asked an agent at a temporary job service company why he was being denied work. The person showed him a copy of the criminal background check they had run listing the numerous crimes and felonies committed by the then unknown impostor. “I almost broke down,” he told the Associated Press reporter. “Oh my God! This is why I couldn’t get this job.”

Anderson told Breitbart Texas that Cavillo had expressed his appreciation for his work. “I was just doing my job,” Anderson said.

As for Neave, the plea agreement (attached below) was for a sentence of one year and a day. The formal sentencing is scheduled for July 25, court records obtained by Breitbart Texas revealed. While Neave is still in a Kansas prison, the federal judge has not yet decided if the federal sentence will run concurrently with the existing state sentence, Anderson said.

During this process, the federal government was finally able to get the real Cavillo a new Social Security number. The Texas man is now self-employed as a home service worker and specializes in power washing houses, according to an Associated Press report.

Following the sentencing hearing, Anderson has a lot of work in front of him. He will have to contact the counties involved in Neave’s convictions and have all of those records changed to reflect the illegal alien sex offender’s real name. “In the Kansas prison, they still refer to him as Cavillo,” Anderson explained. “They are required by state law to use the name under which the conviction is registered.”

“The system seems to be doing so little for these people,” the federal prosecutor said about identity theft victims. “The vast majority of these cases involve foreign nationals who are not legally present in the U.S.”

Anderson said the issue is rampant in southwestern Kansas where meat packing plants employ thousands of workers who are not legally in the United States. He said he personally has prosecuted over a thousand foreign nationals in cases like this.

As for Fernando Neave-Ceniceros, “His status as a convicted sex offender classifies him as an aggravated felon in the federal immigration system,” the AUSA explained. “He will almost certainly be deported after his sentence is completed.”

Marcus Cavillo has had his opportunity stolen from him for over twenty years.


Previous Busted! Creepy Perv Flashes His Junk On Bus Filled With Women And Lives To Regret It

Next Voyeurism? Two College Students Fell In Love Over Snapchat And The Entire Campus Watched