A total of FOUR Industry giants are being criticized! 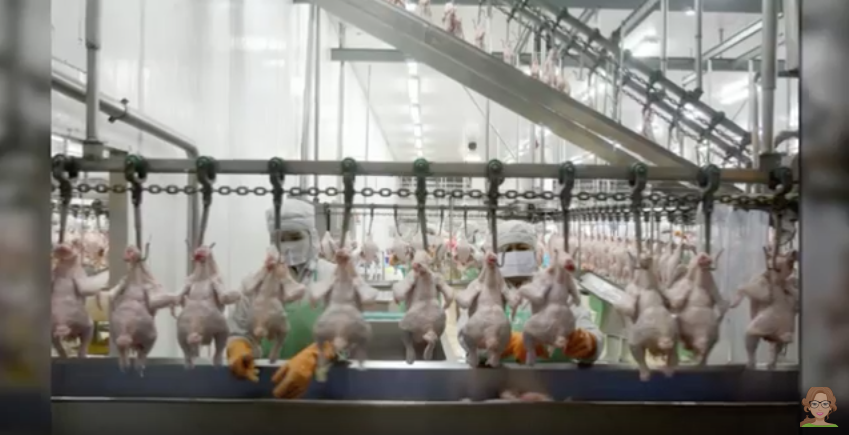 Four of America’s poultry industry giants have been criticized for making quantity their top priority as workers claim they are under pressure to keep up with the line speed.


Employees from Tyson Foods, Perdue Farms, Sanderson Farms and Pilgrim’s Pride said using the toilet is considered a privilege at work, not a right, according to a damning new report from the charity’s US branch. According to the report, ‘No Relief: Denial of Bathroom Breaks in the Poultry Industry’, workers have been driven to soiling themselves in nappies because of increasing pressures on production. This, they say, is mainly driven by a demand for cheaper and cheaper chicken.

Workers said someone has to replace them on the line until they return, but apparently finding a replacement can take up to an hour. One employee at Pilgrim’s plant in Alabama told Oxfam that his 30 minute lunch break was his only opportunity to use the toilet. But within that short space of time he said he had to undress, eat lunch, line up for the bathroom and then get back to work.

The report states: ‘Workers described stripping off their gear while running to the restroom, an embarrassing but necessary action to meet the strict five-minute time limit. ‘This race to the bathroom is also dangerous because processing plant floors can be slippery with fat, blood, water, and other liquids.’

The report, however, was criticized by The National Chicken Council who called its claims ‘questionable’. A spokesperson for Tyson Foods, Gary Mickelsen, said the company was ‘concerned about these anonymous claims’ and is checking to make sure their policy on toilet breaks is being followed.


Previous Guilty Or Not? Woman Accidentally Has Sex With Wrong Man And Accuses Him Of Rape