Thirteen minutes of Hillary Clinton’s words are coming back to haunt her thanks to a YouTube video that recently went viral.

Created by YouTube user Michael Armstrong, the video shows the likely Democratic presidential nominee expressing a variety of positions on various political issues over the years.

Armstrong also left a message on the video, after it was picked up by the Drudge Report – it wasn’t meant to be a partisan hit job.

The video discussed a number of issues where Clinton has flip-flopped or evolved over the years. 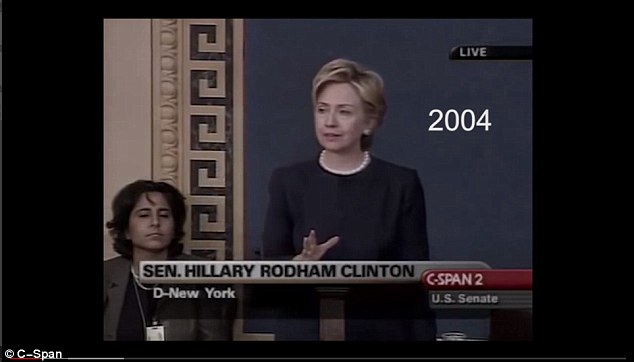 GAY MARRIAGE: The YouTube video used clips through the years that exposed Hillary Clinton’s evolving view on marriage, including one from 2004 where she says it’s a ‘sacred bond’ between a man and a woman


It begins with a tour of Clinton’s evolving stance on gay marriage.

‘No,’ Clinton replies back.

A 2004 video shows her saying, ‘I believe that marriage is not just a bond, but a sacred bond between a man and a woman.’

In 2010, she said she’s for civil partnerships and union.

And in 2013, the YouTube video shows a piece of her announcement saying that she’s for same-sex marriage.

‘I support it personally and as a matter of policy and law,’ she said at the time.

The YouTube video also shows Clinton defining herself as a ‘moderate’ and a ‘progressive’ to different audiences.

Then Bill Clinton is shown at a panel discussion telling the audience he doesn’t use email.

‘The only time I got on the internet I did two emails and I ordered Christmas presents from a reservation,’ the former president said. ‘Otherwise, I found out that people said embarrassing things on email and I didn’t want to be one of them.’

On Wall Street’s role in the housing crisis, Clinton is seen on the debate stage with rivals Bernie Sanders and Maryland Gov. Martin O’Malley, who dropped out after the Iowa caucuses, chiding the big banks.

‘I basically said, quit foreclosing on homes, quit engaging in these types of speculative behaviors,’ she said.

But another clip shows the Democratic candidate sharing the blame with homeowners.

‘I think there’s plenty of blame to go around,’ she said. ‘Homebuyers who paid extra fees to avoid documenting their income should have known they were getting in over their heads.’ 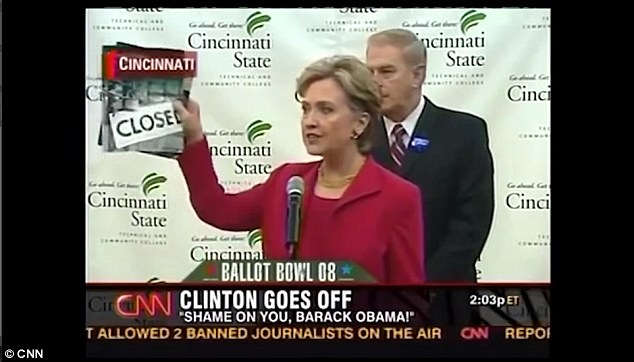 HEALTHCARE: In 2008 Hillary Clinton said ‘shame on you’ to Barack Obama who criticized her universal healthcare plan. She used a similar tactic against Sanders, who wanted Medicare for all, this time around

On healthcare, the video goes back to Clinton’s run against Obama in 2008, she she said ‘shame on you’ to the Illinois senator, for attacking her universal healthcare proposal.

‘Since when do Democrats attack one another on universal healthcare?’ she asks.

But cut to 2016 and there Clinton is on stage railing against Sanders’ universal healthcare proposal on the debate stage, defending her position to keep private insurance and the Obamacare laws in place. 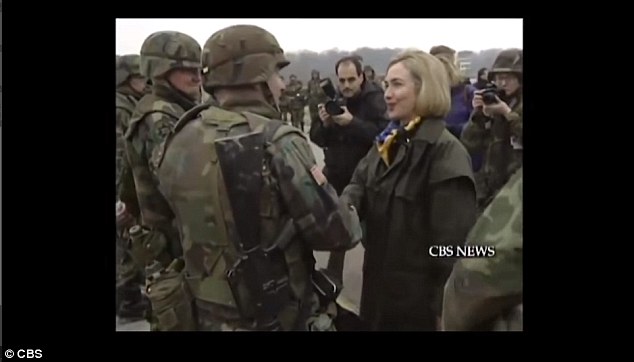 BOSNIA: Hillary Clinton had to eat her words on Bosnia, saying several times she arrived under sniper fire, only for video to emerge of a fairly calm greeting ceremony when she arrived in country

The video then moves to her Bosnia trip as first lady, which she used to enhance her foreign policy street cred when she ran for president in 2008.

Clinton told several audiences that she had arrived under sniper fire and her tour group had to dash to their cars.

But video dug up by CBS News shows Clinton hanging around the tarmac, greeting American soldiers, meeting a group of seventh graders and  taking a bunch of photos.

‘I made a mistake in describing it,’ Clinton eventually had to backtrack. 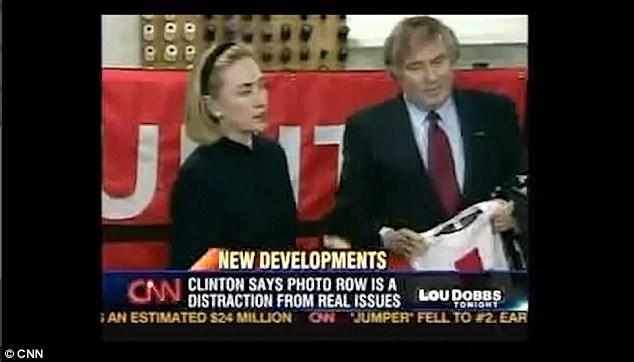 While today she’s much more critical of NAFTA, the trade agreement her husband signed into law, older video shows a Hillary Clinton much more comfortable with the controversial deal

Finally on NAFTA, modern day Clinton is showcasing her doubts on the trade deal that her husband inked.

But the video shows a more retro Clinton with a more positive view.

‘Oh I think that everybody is in favor of free and fair trade and I think NAFTA is proving its worth,’ she said.

Next "Super Bugs": Insects Resistent To Pesticides Forcing Residents Out Of Home. Even Exterminators Are Stumped