Is Hillary faking it?

Hillary Clinton was either flustered or a bit hot under the collar today when men at her California rally took of their shirts right in front of her.

The Hill reported that the former Secretary of State was bemused by two members of her audience who decided to go topless as she took a pause during her speech. Politico posted a Vine of Clinton cracking a smile as she admitted “it is a little distracting standing up here looking at ‘em.”

The two men were definitely there to support Clinton, seeing as their chests bore her trademark H logo and “Hill is perfect” respectively. 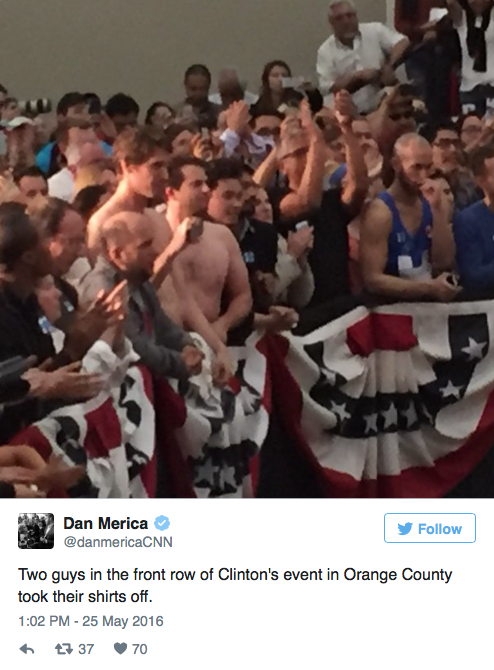 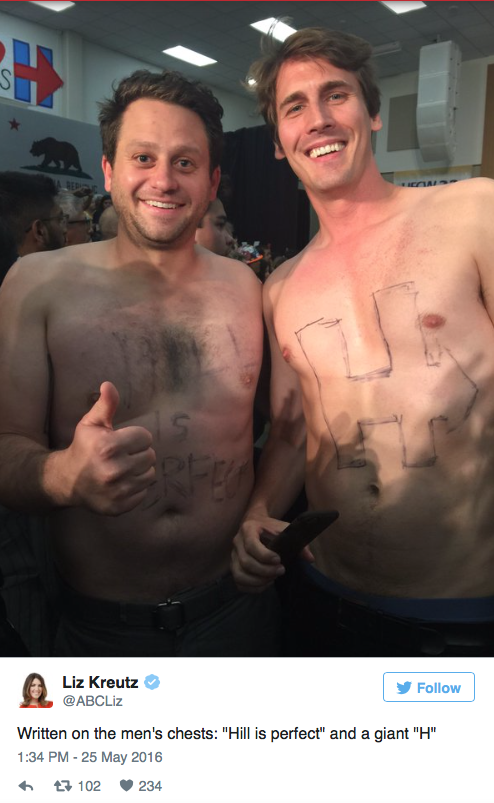 Clinton laughed that they were welcome to stay “as long as they don’t take anything else off,” and she ended up briefly greeting them when her speech was done.

The interesting things that can happen while running for president.