Though Chris Kyle has been lauded as a war hero by the media and the men he served with, documents obtained by the Intercept indicate that Kyle allegedly exaggerated some of his achievements.

Even stranger are the contents of his DD214 form, which are the separation papers he received upon leaving the military. This document normally gives an accurate representation of what a veteran achieved during his or her service, but in Kyle’s case, it stands at odds with both the internal documents and the claims he made in his book. According to his DD214, he received two silver stars and six bronze stars.

At this point, it would be easy to say that these discrepancies are nothing more than a bureaucratic mishap. Perhaps the Navy mixed up some of his papers or failed to keep track of his medals.

According to the Intercept however, his embellishments were an open secret within the Navy SEAL community:

Kyle was warned at least once before American Sniper was published that its description of his medal count was wrong, according to one current Navy officer, who asked not to be identified because he was not authorized to speak about the case. As Kyle’s American Sniper manuscript was distributed among SEALs, one of his former commanders, who was still on active duty, advised Kyle that his claim of having two Silver Stars was false, and he should correct it before his book was published.

Current and former Navy SEALs interviewed for this article, who agreed to speak on background because they feared being shunned by their close-knit community, did not dispute Kyle’s heroism in combat, but saw the inflation of his medal count as significant because they consider battlefield embellishments to be dishonorable.

The following documents can be found @ DocumentCloud.org/Documents/2841171-Kyle-Citations.html 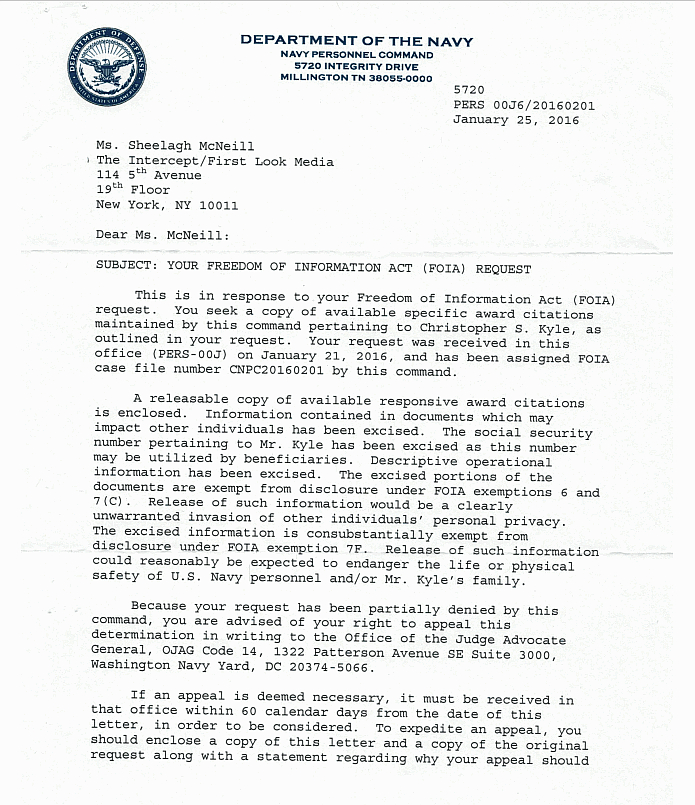 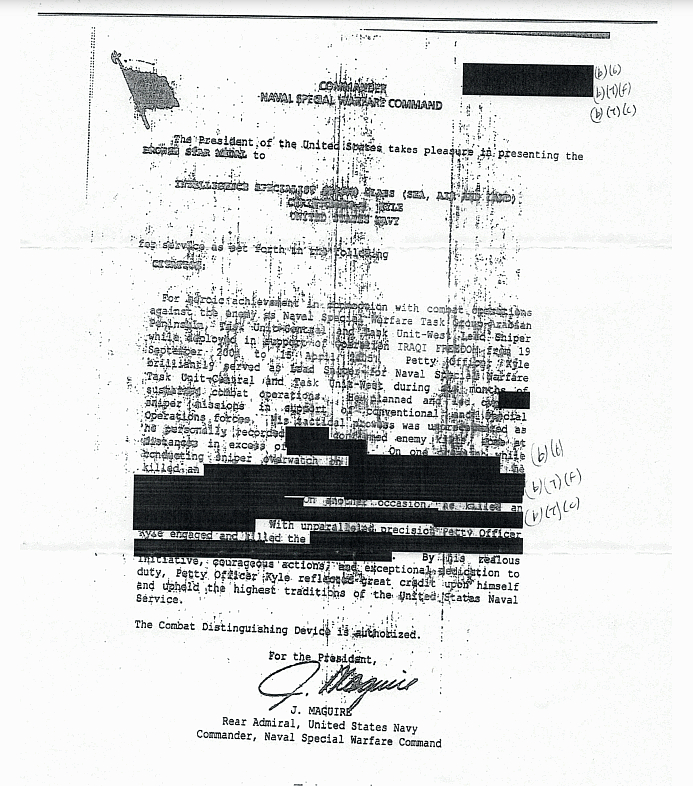 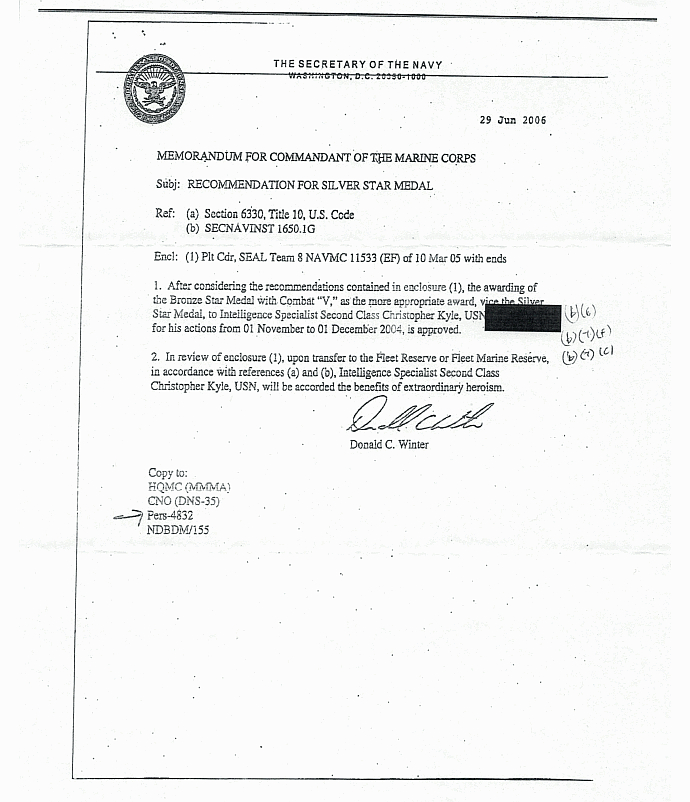 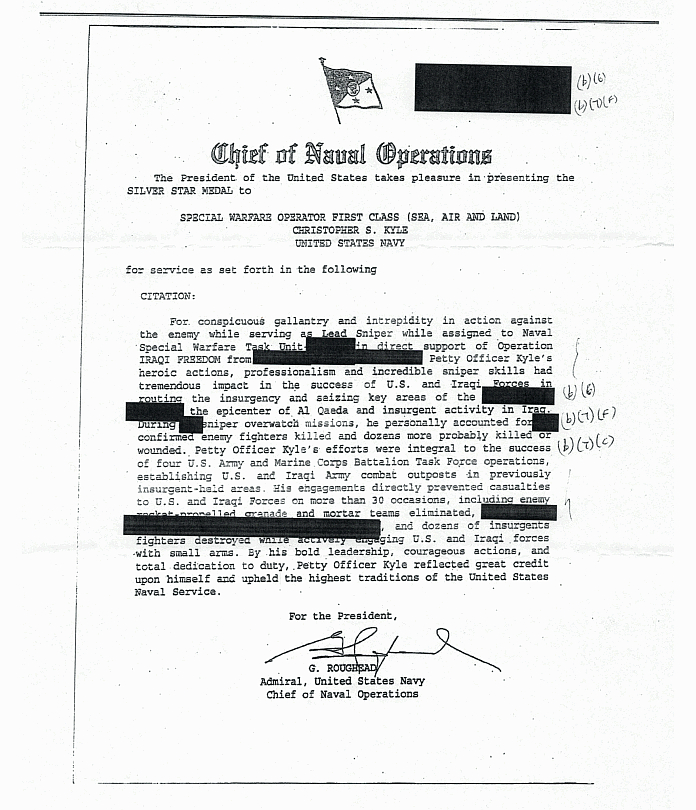 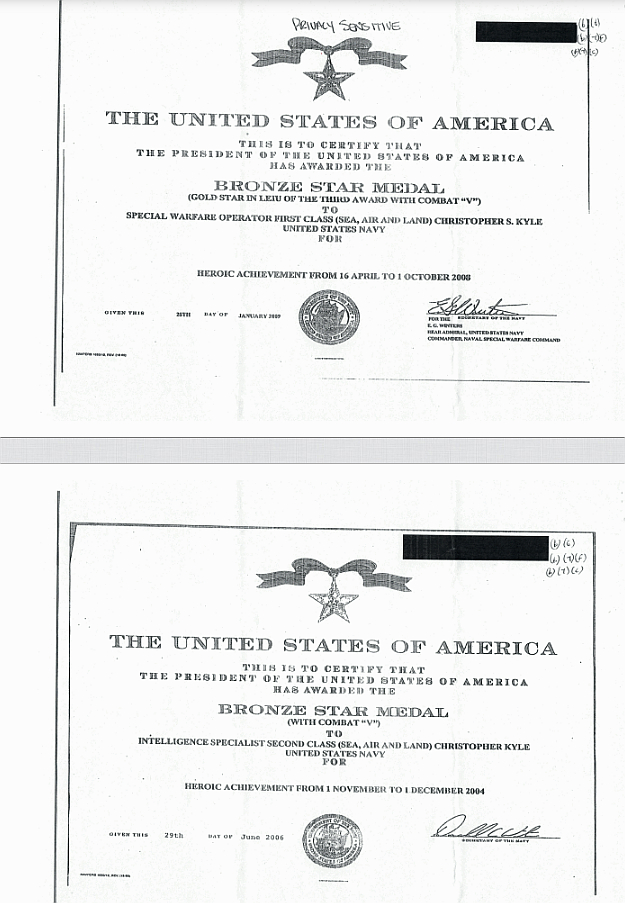