These Liberals dislike guns, and they “never let a tragedy go to waste…”

Following the tragic shooting at a gay nightclub in Orlando Sunday morning that left 50 dead and 53 wounded, celebrities took to Twitter to offer their support for the LGBT community and to speak out against gun rights.

Among the first to weigh in on the conversation was outspoken celebrity-blogger-turned-celebrity, Perez Hilton.

Hilton also retweeted lead singer for The 1975, Matthew Healy, after the musician slammed Texas Lieutenant Gov. Dan Patrick for posting a Bible verse Healy presumed to be an attack on the LGBT community in light of Sunday’s massacre. Patrick’s tweet has since been deleted. 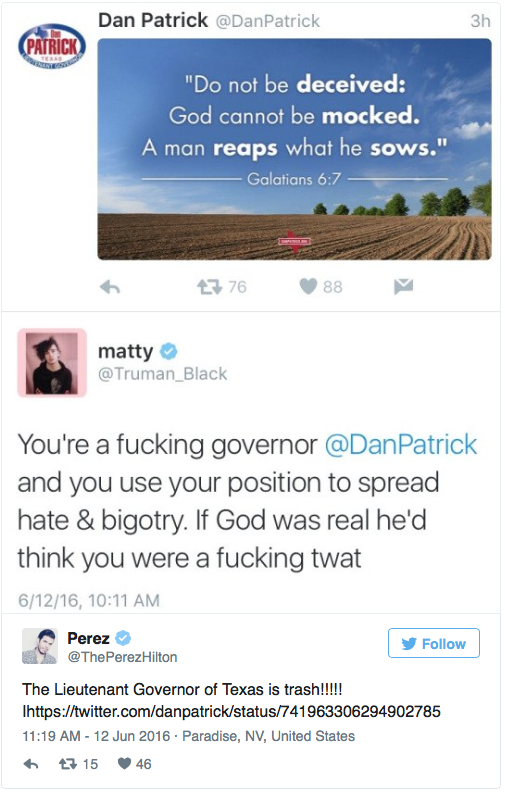 Others had less aggressive reactions to the tragedy. Italian-American bassist Paolo Gregoletto simply asked praying members of the LGBT community to pray for the victims.

I don’t pray. If you do, please send them out to the #LGBT community of Orlando. This is devastating. pic.twitter.com/UZGApimjBH

Gay singer Troye Sivan used no words at all:

Fashion blogger Susie Bubble posted rainbow hearts to show her solidarity before declaring that she had “officially reached an absolute zero tolerance” of the Second Amendment. 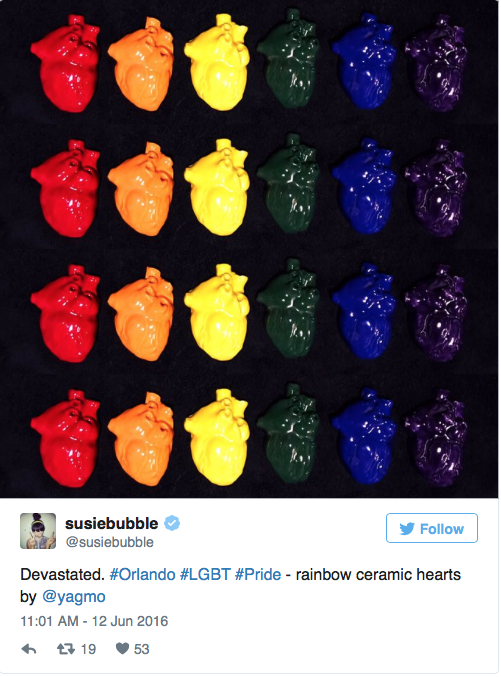 In response to tweets like those listed above, conservative Charlie Kirk, who serves as the director of Turning Point USA, suggested that liberals are fighting the wrong enemy. According to Kirk, it’s radical Islamic jihadism, not guns, that people should be working to eradicate.

Of course, many of these celebrities are taking the opportunity to speak out. Video below:

H/T to The Blaze