A Charlotte-Mecklenburg police officer is hoping a device he invented will be in your child’s school soon. It’s designed to keep active shooters out of classrooms.

It’s a scary thought that no parent wants to think about but, in light of recent attacks, Sergeant Chris Kopp wants you and your kids to plan for an active shooter. 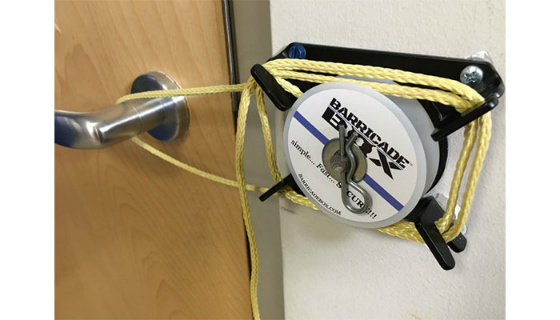 “Class will stop and we’ll get under our desks sometimes, but not all the time. So usually we’ll just sit and just wait. They’ll cover up the door, close the blinds and everything, but that’s it,” said Kalsky. “Only one teacher out of my ten years of school had a plan on how to get out if there was an active shooter.”


Sergeant Kopp has been teaching active shooter survival classes and has studied mass shootings since Columbine to teach people how to plan.

“As soon as a gunman enters a room, your mindset really needs to change,” Kopp said. He invented the Barricade Box to stop an active shooter from entering a room and to buy the people inside time.

“You need to start thinking about other options. One is trying to find a secondary exit – whether it be through a window, a ceiling, even going through a wall. Or being prepared if the gunman does come into the room. You need to be prepared to counter that gunman and to attack them in some shape or form. Just hiding under your desk, you’re just going to be a victim,” Kopp said.

Next WATCH How Ava Sambora, Daughter Of Heather Locklear And Richie Sambora, Got Her Mom's Bikini Looks!