Ramadan is the holiest month in all of Islam.

While it’s a time for Muslims to fast and pray, they’re also encouraged to:

For most Muslims, Ramadan is essentially a time to purify themselves and reaffirm their commitment to God.

Yet, the peaceful month that it’s supposed to be – has been far from peaceful.

Here’s what happened since Ramadan kicked off on June 5th.

On June 5th, in Afghanistan: 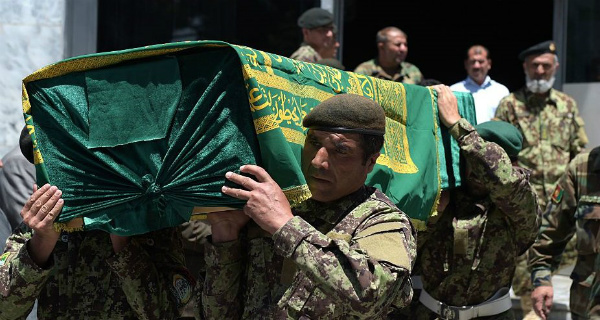 Taliban terrorists fired a rocket propelled grenade at a Humvee that was carrying an Afghan reporter and American photojournalist David Gilkey. Both the reporter and Gilkey died as a result of the attack.

A second attack happened in Afghanistan on the 5th when Taliban gunmen opened fire on a courthouse – killing 6.

ISIS committed a massacre near a shopping center in Karbala, Iraq, via car bomb. The explosion took 10 lives.

Two attackers dressed to blend in with the Israeli crowd at a place for dining in Tel Aviv. As patrons were eating, the gunmen drew their weapons and opened fire.

“People were having coffee. I saw a birthday cake on one of the tables. And then you see the chairs upside down and glass shattered and blood all over.”

On the same day in Iraq:

Two suicide bombers hit separate areas of Baghdad. One was a neighborhood and the other was an Iraqi Army checkpoint. 31 people were killed.
Read More Here