Over the past few days the mainstream media has been fixated on the largest mass shooting in U.S. history, but meanwhile, there has been highly unusual seismic activity along major fault lines in California and near the Yellowstone supervolcano.

Let’s talk about Yellowstone first.  In recent months, the big geysers have been behaving very strangely and this is something that my wife and I covered on our television show.  And now, just over the past week there have been three very significant earthquakes in the region.

The map below comes directly from the USGS, and it shows all of the earthquakes of magnitude 2.5 or greater that have hit the western portion of the United States over the last week. 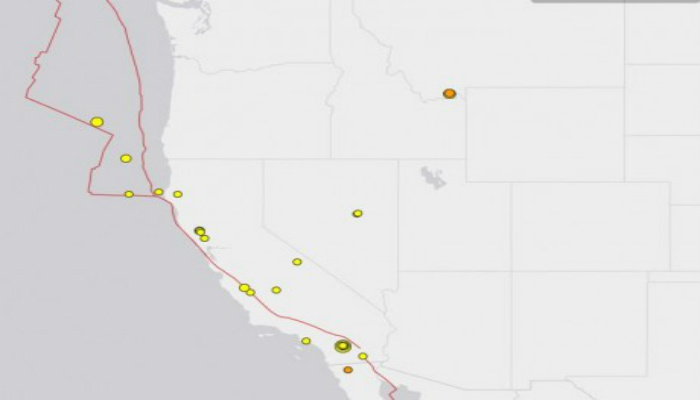 The three big earthquakes that struck southwestern Montana are visible on the map, although they are hard to see because the dots all overlap.  But the main reason why I am showing you this map is because I want you to see all of the earthquakes that have been happening along the major fault lines in southern California in recent days…

The biggest was a magnitude 5.2 earthquake that hit an area northeast of San Diego on Friday.  The following comes from NBC Los Angeles…

But that earthquake was not the end of it by any means.  It is being reported that this large quake was followed by at least 800 aftershocks.

Yes, we normally expect there to be aftershocks after a large quake, but to have that many is very, very unusual.