Democrats hypocrisy knows no bounds and the photo below proves it. While they would have you believe their sit-in was a noble grueling cause, the truth is far different.

Democrats staging a sit-in on the floor of Congress won’t go hungry — we spotted their food order on its way into the Capitol … and it’s pretty damn ironic. 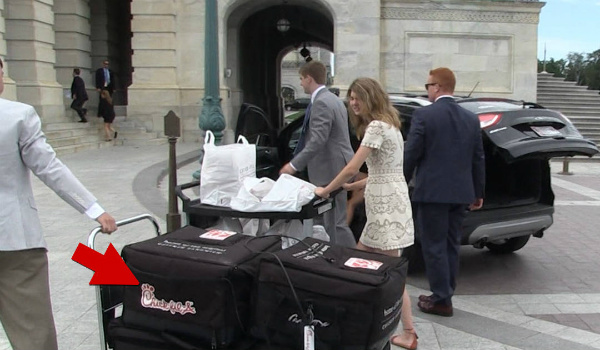 A couple carts full of Chick-fil-A food were toted in by Congressional interns. We get it … protesters gotta eat, but consider this: The push for gun control legislation was prompted by Omar Mateen‘s heinous attack on a gay nightclub — and Chick-fil-A’s ownership has a long history of opposing LGBTQ rights.

To be fair, the company’s undergoing an image makeover, and has contributed tons of food and money to relief efforts in Orlando.

So, what happened to attacking the pro-Christian corporation for being so called “non-inclusive”? I guess they just can’t resist that tasty chicken.