The video, released by ISIS in Mosul, rolls images of Mateen and news footage of the Pulse attack on June 12.

Also shown is the footage shot by Larossi Abballa during his June 13 attack on a French police commander and his family.

Abballa livestreamed on Facebook his statement from inside the home of his victims Jean-Baptiste Salvaing, 42, and Jessica Schneider, 36, a police station secretary, during the attack in Magnanville, about 30 miles outside of Paris. Born in France of Moroccan heritage, Abballa said he was following the directive of al-Baghdadi for jihadists in their home countries to kill the infidels in their homes.

Footage is shown of President Obama making statements in the Oval Office and in the White House briefing room, with spreading spatters of blood superimposed on the screen. 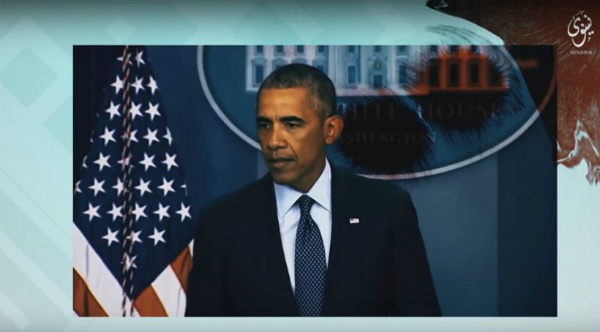 Clips are also shown of American Muslim leaders making statements after the Orlando shooting, including the CAIR press conference, accusing them of cooperating with disbelievers.

An image of Obama and French President Francois Hollande embracing is shown with flames rising up around the pair. 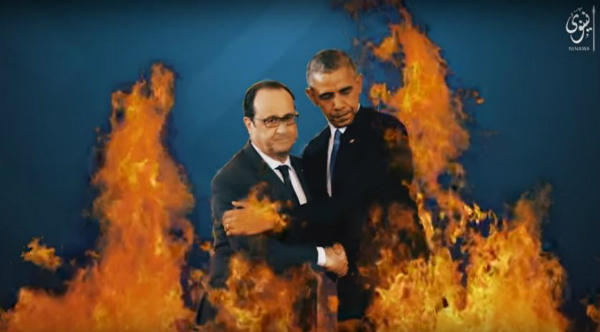 One Bosnian jihadist and two Frenchmen — one bouncing a baby in his lap — praise Mateen and Abballa and call for similar attacks in the U.S. and Europe.

Only footage of aspirational attack locations in the United States is shown.