Parents should never have to endure the loss of a child, let alone make an overwhelmingly difficult decision of whether or not to let doctors pull the plug on an utterly hopeless medical situation. Unfortunately for one family, this was the case after a brown recluse bite went misdiagnosed leading towards the loss of a young boys life.

In a tragic story out of Montana, a 10-year-old boy and talented athlete died after being bitten by a brown recluse spider.

The boy’s name was Keith Pierce, and he was a student at Three Forks District School. Pierce went to Bozeman Deconess Hospital on September 30th of 2015 after his leg began to swell. 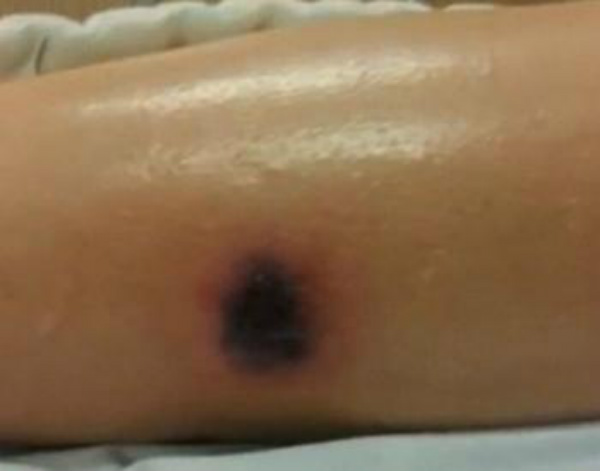 After ruling out cancer with a scan, doctors sent him home, but a few days later he was urgently transported to St Vincent Hospital in Billings when his symptoms worsened notably.

He eventually underwent an emergency surgery, but the boy never regained consciousness. Eventually, his folks made the difficult decision to end resuscitation efforts.

A forensic examination finally ”determined the cause of death as severe sepsis due to complications of a spider bite”, according to NBC Montana.

Of note, severe sepsis, which often leads to septic shock, is a major inflammation and organ condition caused by bacteria or viruses.

On a positive note, a Keith Pierce Memorial Fund has been established to raise funds to help his family during this personal crisis.

Sometimes known as the fiddleback spider due to the markings on its back, the brown recluse spider has a highly poisonous bite.

These dangerous spiders are typically brown or gray, and around six to 20 millimeters (1/4 to ¾ inch) in length. Brown recluse spiders are relatively easy to identify as they typically have two curved, black line-like markings on their back.

Hopefully someone can learn the signs of a brown recluse bite because of this tragedy and save their life, that has to be the silver lining.


Previous Old Woman Aggressively Harasses Little Boy Outside Target, But It's Not What You Think