So LGBT can celebrate Pride but not Straight people? That seems fair…

The internet is not a particularly kind place, and sometimes it’s easy to accidentally become a target of its collective wrath.

Accidentally or not, the internet has picked its latest target: Heterosexual Pride Day.

The hashtag surfaced on Twitter Wednesday, right on the tail end of LGBT Pride events around the world throughout the month of June. Adding to the sensitivity, mass shooter Omar Mateen targeted a gay Orlando nightclub earlier this month and killed 49 people. 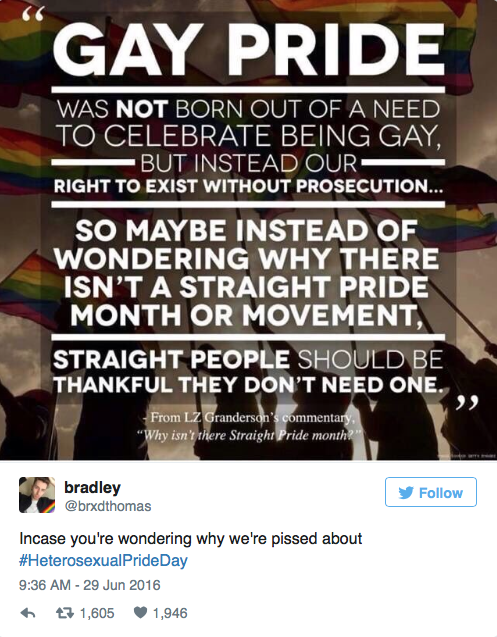 It’s unclear where the hashtag started — Heterosexual Pride Day is not an official holiday — but a Twitter user has claimed he began the hashtag and appears to be trolling, that is, purposely evoking a negative reaction to get attention.

Regardless, some users have taken up the hashtag seriously, criticizing members of the LGBT community who are speaking against it.

Some gay folks are on here slandering heterosexuals, as though they are not the reason they’re even here to begin with. #HeterosexualPrideDay 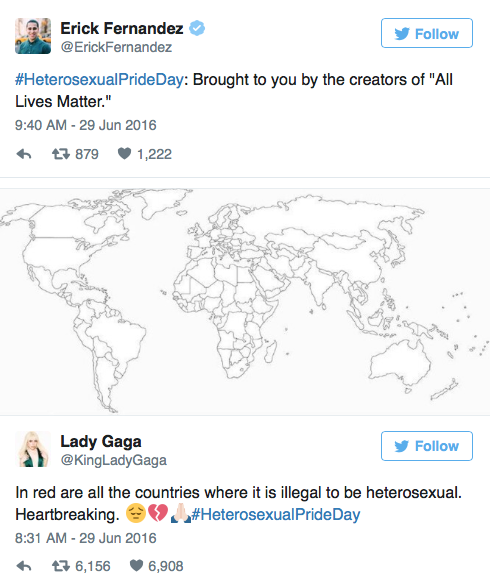