How do you feel about Lynch’s decision? 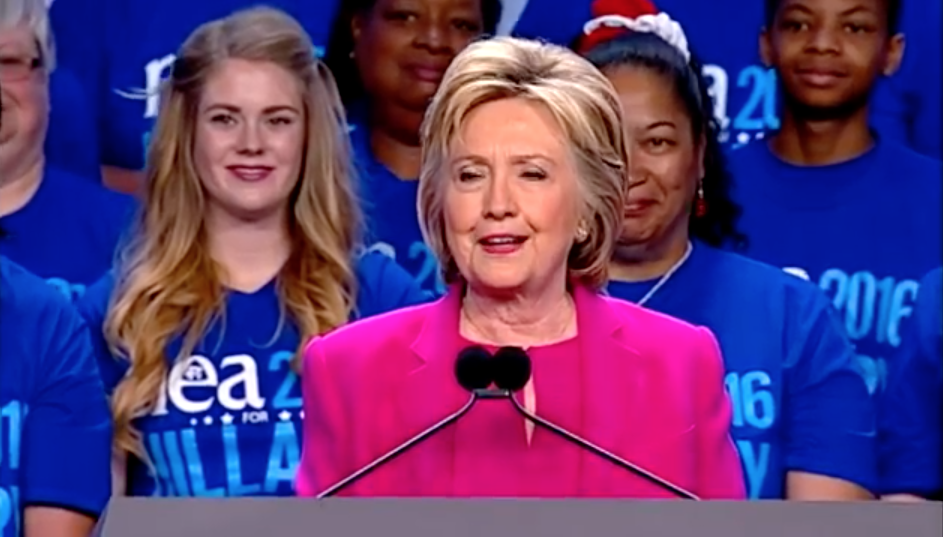 Attorney General Loretta Lynch made it official Wednesday: Hillary Clinton will not be charged for using a personal email server during her tenure as secretary of state, removing a long-looming shadow over her 2016 bid.

“Late this afternoon, I met with FBI Director James Comey and career prosecutors and agents who conducted the investigation of Secretary Hillary Clinton’s use of a personal email system during her time as secretary of state,” Lynch said in a statement.
“I received and accepted their unanimous recommendation that the thorough, year-long investigation be closed and that no charges be brought against any individuals within the scope of the investigation,” she said.
Clinton’s campaign quickly welcomed the news.
“With the AG accepting Director Comey’s recommendation, this case is resolved, no matter Republicans’ attempts to continue playing politics,” campaign spokesman Brian Fallon tweeted.

Lynch’s announcement comes the day after Comey said in a news conference that he wasn’t recommending charges against Clinton — even as he slammed her as behavior “extremely careless.”
He also directly contradicted Clinton’s repeated claims that she never sent or received classified information over that private email server.
“Although we did not find clear evidence that Secretary Clinton or her colleagues intended to violate laws governing the handling of classified information, there is evidence that they were extremely careless in their handling of very sensitive, highly classified information,” Comey said.
Comey’s decision was met with sharp criticism from Republicans, with a House committee pulling Comey in for a hearing on his decision set for Thursday.
Lynch, too, has come under scrutiny after meeting one-on-one with former President Bill Clinton at a Phoenix airport last week.
The decision by Lynch brings to an end the legal concern for Clinton — but doesn’t end the political threat of an email scandal that has dogged her campaign from its outset.
It’s all provided fresh political fodder for presumptive Republican nominee Donald Trump, who bashed Clinton and complained of a “rigged system” — on Tuesday in North Carolina.
“Whats going on is very big … for Bill Clinton to go to the plane, then to have what happened … Everybody thought based on what was being said she was guilty. She was guilty. And it turned out that, ‘We’re not going to press charges.’ It’s really amazing,” he said at a campaign rally.
Source: CNN


Previous [WATCH] Hillary Immediately Gets Booed During One Announcement During Speech