There is a reason fireworks should be set off by a responsible adult in a safe setting, otherwise, you will hear of these tragedies happening as younger teen boys try to push the envelope to create the biggest bang. Unfortunately for one Texas family, their son is just the latest casualty in a long line of firework misfires thanks to a sparkler bomb the teen created.

According to Daily Mail:

A teenager in Texas has suffered devastating injuries after a homemade ‘sparkler bomb’ exploded.

Rowdy Radford, of Sargent, Texas, made the explosive out of 180 sparklers wrapped in electrical tape to make a brick of the popular device. 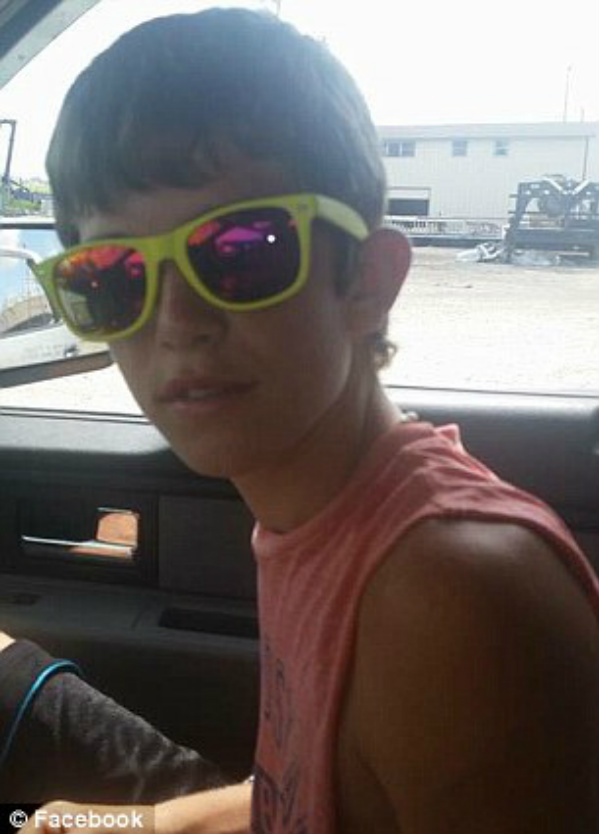 Rowdy was rushed to Children’s Memorial Hermann Hospital in Houston where doctors were forced to remove the 15-year-old’s left leg below the knee.

Doctors estimate there is a 50 per cent chance the boy will lose his eyesight, too.

As of Monday he was still in intensive care.

‘It’s really hard to see your baby go through all this. I just want the parents to know don’t let your kids play with fireworks.

‘It’s not worth it. It really ain’t. It hurts because I want to see my kid talk to me and he’s not because he can’t. It’s really rough,’ Wendy Smith, Rowdy’s mom, told KHOU.

The blast was so strong, it blew out a four-foot hole in the ground and people as far as four miles away hear the blast, it was reported.

‘They do it every year. But we didn’t know this was going to be a big one,’ Smith said.

She said Rowdy didn’t even have time to run away, the explosion happened so fast.

‘Rowdy has always been known for making his booms and he makes his booms by scaring everybody,’ said his aunt Samantha Hansen.

Sparkler bombs are a common practice on the Independence Day weekend. Now, Rowdy’s family is speaking out about how dangerous the device can be.

Along with potentially losing his eyesight and having his leg amputated, a GoFundMe page says Rowdy has ‘pins and screws in his wrists and elbows’ and that ‘several of his fingers were blown off’.

The page had raised $3,495 by early Tuesday morning.

Now this young man has to go through life deformed and crippled due to his ill-fated decision. Where were his parents when  he decided to make such a dangerous device. What do you think?