How can anyone take Hillary Clinton seriously? There has never been anyone more out of touch with the people than her. She is proving that once again with a tweet she sent out. 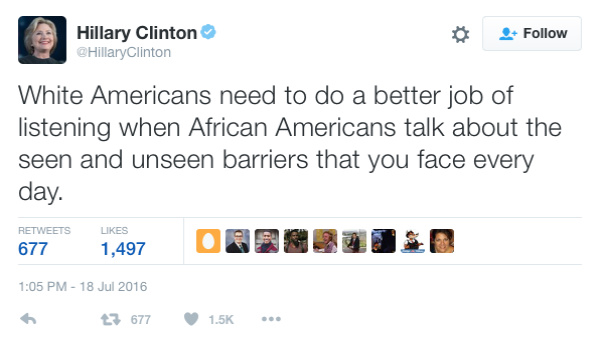 Ya, ok Hillary… Remember the time a BLM activist paid $500 to attend her private speaking engagement and was thrown out for repeatedly asking a question Clinton refused to acknowledge?

Here Hillary is “listening” to a Latino protester and pretending she understands Spanish.

Hillary should be the absolute last person to tweet that comment. She once again proves how despicable she is.