Do you believe the punishment for what they did is a bit harsh? I think it is INSANE!

Two members of a “racist” gang which attacked a mosque and left bacon sandwiches on the doorstep have been jailed.

A St George flag with the words ‘no mosques’ was tied to the fence outside the Jamia Mosque in Totterdown, Bristol, and two men and two women shouted racial abuse at a worshipper.

Bacon was tied to the door handles and sandwiches made of raw meat and sliced white bread were left at the entrance, in what was described in court by the judge as an ‘an attack on England’. 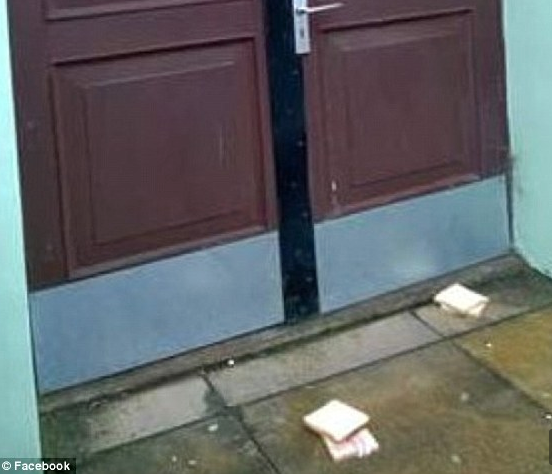 They were all banned from going within 330ft of a mosque anywhere in England or Wales for the next 10 years, following what was described as an attack on ‘the principles of freedom of religion’.

Footage emerged of the attack on January 17, which showed two men standing by the St George flag with ‘no mosques’ written on it.

When asked what they are doing by someone off-screen, one of the men shouted, ‘we don’t want no more mosques here’. CCTV images were released and the four attackers were identified.

Inspector Nigel Colston of Avon and Somerset Police said: ‘There can never be any excuse for hate crime in any shape or form and this criminality will not be tolerated.

‘All of our communities have the right to live and worship peacefully without fear of being targeted for their race or religion.

‘We will always support anyone who is victimised and work closely with all communities to stamp out crimes motivated by prejudice and hate.’

Next [VIDEO] This Brutal Assault Inside Walmart Only Made Local News BECAUSE SHE WAS NOT BLACK!