As if things weren’t bad enough for Hillary and the Dems, now a man they almost got killed is back…

Kris “Tanto” Paronto miraculously survived Benghazi and now he is taking his message to the DNC.

“Starting Monday in Philadelphia, politician after politician will be trotted out to tell us that Hillary Clinton is a strong leader who will make us safer,” he said in a message posted on his official Facebook page. “They’re dead wrong. As a survivor of Benghazi, I’m living proof. So I’ve decided to go right into the lion’s den. I’m going straight to the Democratic Convention to push back and tell the truth about Hillary Clinton in person.”

The movie starred Pablo Schreiber as Taronto, Max Martinias Geist and Dominic Fumusa as Tiegen. Matt Letscherplayed the slain ambassador. Kransinski’s character was based on a Navy SEAL, whose identity was concealed for security reasons.

Much of the action is harrowing and hard to watch, but the movie did not strike a lot of political chords. There’s just a fleeting reference to “a video” when all hell breaks loose at the compound – a reference to the early narrative that an anti-Islamic video spurred violence at the compound.

Paronto is keeping busy on Twitter this week, retweeting a post that said Clinton and President Barack Obama “should be tried for murder and treason …  They abandoned our men in Benghazi.”

Here’s a look at his other commentary: 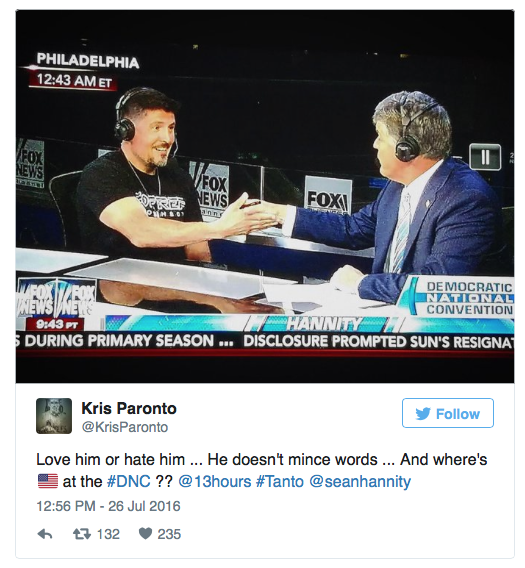 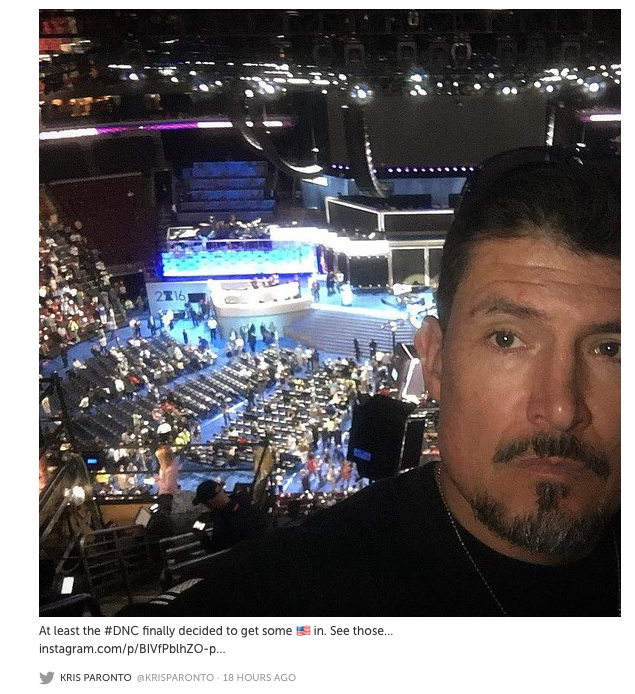