Remember how well Obama did in states that do not require an ID to vote? I promise you that Hillary remembers!

According to liberals asking for voter ID is racist. I agree there is a lot of racism going on right now, but it isn’t from asking for voter ID! It’s is coming from liberals and Black Lives Matter activists! North Carolina’s voter ID law has been revoked by the U.S. Court of Appeals. Awesome.

The decision by a three-judge panel of the U.S. Court of Appeals for the 4th Circuit was an overwhelming victory for the Justice Department and civil rights groups that argued the voting law was designed to dampen the growing political clout of African American voters, who participated in record numbers in elections in 2008 and 2012.

“We can only conclude that the North Carolina General Assembly enacted the challenged provisions of the law with discriminatory intent,” Judge Diana Gribbon Motz wrote for the panel.

The challenge to North Carolina’s law is one of several cases throughout the country seeking to eliminate strict voting rules in place for the first time in the November presidential contest. 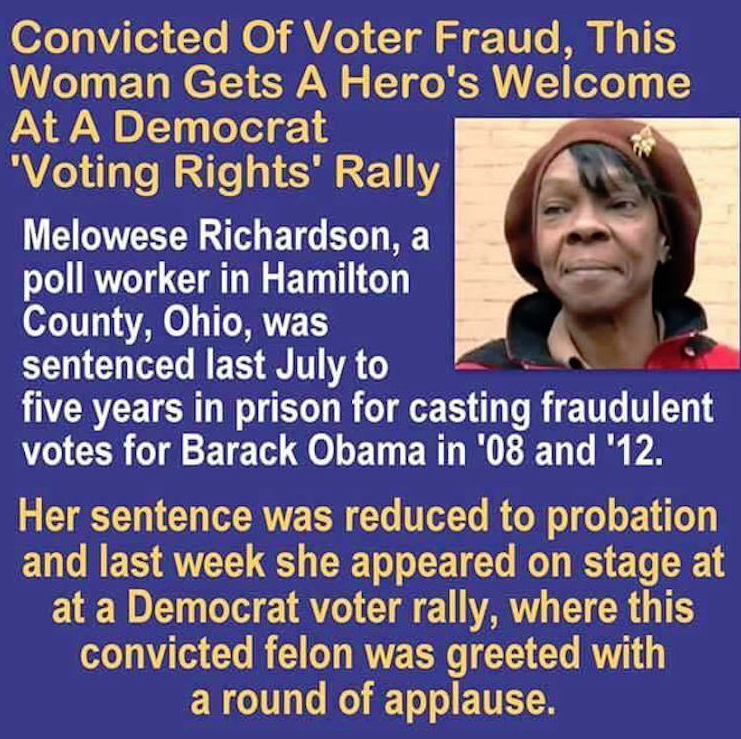 Lawyers representing the state pointed out that overall African American participation increased in 2014. Lawmakers also amended the measure a week before it was scheduled to be tested at trial to allow voters to cast ballots without an ID if they submit affidavits attesting to “a reasonable impediment,” including a lack of a birth certificate or transportation.

Gov. Pat McCrory (R), who supports the law, has said it would help prevent voter fraud.

North Carolina was one of 17 states set to have more-restrictive voting laws in place for this presidential election than they had for the prior one. Laws in several states, including Texas, Wisconsin and Virginia, also are being challenged in court.

This ruling is contrary to what a federal judge ruled on a similar voter ID law in Virginia earlier this year. But it continues a strange trend of voter ID laws being struck down this year, as such laws in both Wisconsin and Texas have been struck down as well.

It just doesn’t make any sense. You need ID to buy alcohol and cigarettes, board a plane, enter certain government buildings, get a job, drive, buy a gun, and even GET INTO THE DEMOCRATIC NATIONAL CONVENTION! How is ensuring that our elections are true to the actual results a racist action?

I will again repeat here what I wrote in the story about Virginia’s voter ID law (minor differences, but I hope you get the point):

If Virginia [or North Carolina] Republicans actually wanted to suppress Democratic and minority voters, they really did a terrible job at it. The law does not ban Democrats from polling locations; it does not ban certain races from voting; it does not impose burdens on specific party affiliates nor people of minority races. No, all the law does is require ALL individuals in the Commonwealth who wish to vote prove that the vote is legitimately cast.

ID is required to do the following things: buy alcohol, buy tobacco, rent a car, apply for a job, drive a car, fly on a plane, buy a gun, apply for a concealed carry permit, enter R-rated movies, etc.

If it isn’t racist to have ID for all of the above, why then is it racist to need ID to vote? I’ll tell you why, because liberals want more votes, it has absolutely NOTHING to do with racism and everything to do with winning the election. While we are on the subject of racism, how dare the democrats assume that the minority can’t get a photo ID, that’s racist in and of itself. What condescending pieces of crap.