A woman was arrested after she allegedly vandalized a resident’s Donald Trump campaign sign and nearly ran over the homeowner as she tried to speed away.

One side of the sign was painted with “Putin’s (expletive),” a reference to Trump’s purported relationship with Russia’s Vladimir Putin. On the other side, Bryant allegedly painted “Gold Star Fail!”

When homeowner Art Gonsalves confronted Bryant, she allegedly drove off erratically, forcing the victim to run out of the way of her car. 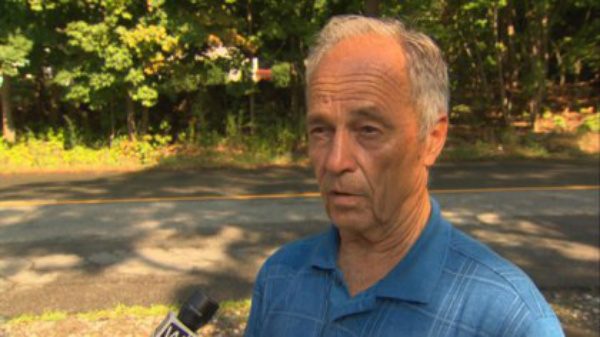 Police tracked down Bryant and charged her with four counts of defacing property and one count of assault by means of a dangerous weapon.

Bryant is suspected of vandalizing signs at the property several other times in previous months.

Gonsalves did not suffer any injuries, but said he was “absolutely terrified.” He said he’s caught her defacing his signs on several different occasions and recently installed a security camera.