Yo that shit just sent a chill up my spine for real. I thought this was just some wacky mountain climber guy that had it out for Trump or just wanted attention. But that video is this guy, it makes him look like a guy that you cross the street when you see him walking alone on the sidewalk. Especially with that lisp. This dude is on some Steve Buscemi in Billy Madison type shit.

And then asking people to vote for Trump put my brain in a quadruple knot. Suction Cup Guy just hijacked a summer Wednesday evening during the Olympics and I don’t know if he is a good guy or a bad guy anymore. Under Armour has had a rough stretch dating back Cam Newton losing at the Super Bowl, so they NEED him to be a Good Guy. No way you can meet with this guy if you are Trump until he promises he’s a good guy.

Also no joke, that is a pretty sweet painting. 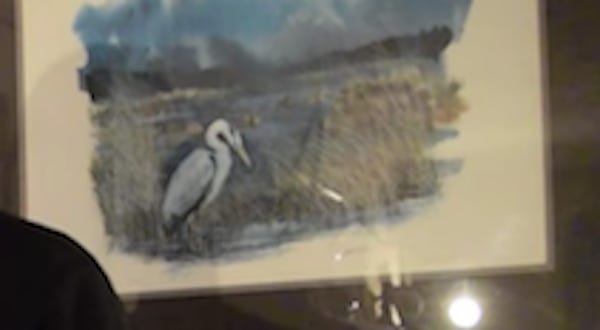 Meanwhile on ABC I learned that not everybody understands how cat and mouse games work.