Now that the flood waters ravaging Louisiana are receding, it’s time for President Barack Obama to visit the most anguished state in the union.

Last week, as torrential rains brought death, destruction and misery to Louisiana, the president continued his vacation at Martha’s Vineyard, a playground for the posh and well-connected.

We’ve seen this story before in Louisiana, and we don’t deserve a sequel. In 2005, a fly-over by a vacationing President George W. Bush became a symbol of official neglect for the victims of Hurricane Katrina. The current president was among those making political hay out of Bush’s aloofness.

Sometimes, presidential visits can get in the way of emergency response, doing more harm than good. But we don’t see that as a factor now that flood waters are subsiding, even if at an agonizing pace. It’s past time for the president to pay a personal visit, showing his solidarity with suffering Americans.

Like his predecessors, Obama has no doubt discovered that crises keep their own calendar, even when commanders-in-chief are trying to take some time off the clock. It’s an inconvenience of the presidency, but it’s what chief executives sign up for when they take the oath of office.

And if the president can interrupt his vacation for a swanky fundraiser for fellow Democrat Hillary Clinton, as he did on Monday, then surely he can make time to show up for a catastrophe that’s displaced thousands.

The optics of Obama golfing while Louisiana residents languished in flood waters was striking. It evoked the precedent of the passive federal response to the state’s agony in 2005, a chapter of history no one should ever repeat.

The president acted prudently in officially declaring a disaster for the flooded part of the state, a key step in advancing federal aid. We’ve been heartened so far by the active involvement of Craig Fugate, head of Federal Emergency Management Agency, a far cry from FEMA’s hapless Michael Brown in the days after hurricanes Katrina and Rita. U.S. Homeland Security Secretary Jeh Johnson was slated to visit Louisiana today to assess the damage. 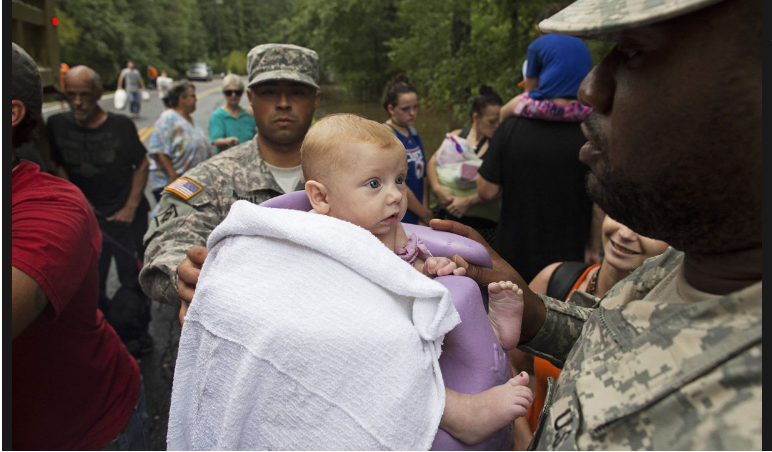 But a disaster this big begs for the personal presence of the president at ground zero. In coming here, the president can decisively demonstrate that Louisiana’s recovery is a priority for his administration – and the United States of America.

The president’s vacation is scheduled to wrap up on Sunday. But he should pack his bags now, and pay a call on communities who need to know that in a national catastrophe, they are not alone.