Admins of the Facebook page “U.S. Army W.T.F! moments” told The Daily Caller News Foundation this is the second time they’ve received a picture of this particular slide in the last six months. They posted the slide to their page Sunday.

Admins said the picture came from a servicemember stationed at Fort Leonard Wood in Missouri. 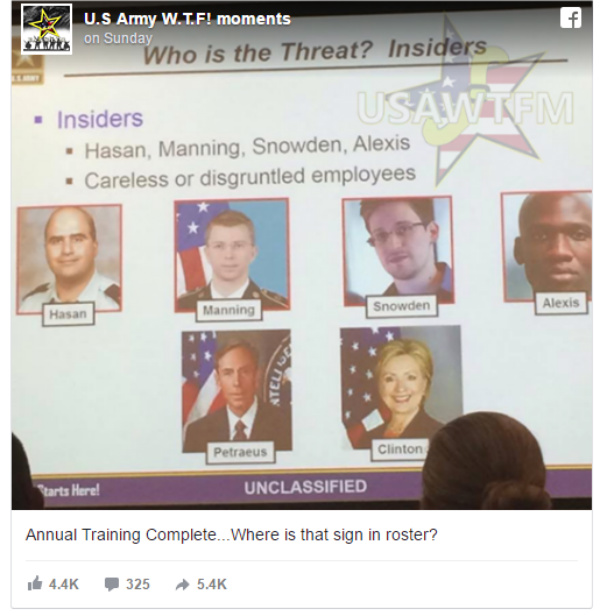 “None of these emails should have been on any kind of unclassified system, but their presence is especially concerning because all of these emails were housed on unclassified personal servers not even supported by full-time security staff, like those found at agencies and departments of the United States government — or even with a commercial email service like Gmail,” Comey said.