The humiliation just keeps on coming for Hillary Clinton.

This week, WikiLeaks released a new set of emails which raise eyebrows about her relationship with longtime aide Huma Abedin.

Hillary Clinton was humiliated this week when Wikileaks released an email showing that her top aide Huma Abedin used to put the former Secretary of State down for nap time during their time at the State Department.

The email in question was sent to Clinton from Abedin on January 11, 2013, right before her meeting with the French Foreign Minister. According to Daily Caller, the email did not have a message in the body, but the subject line read, “Reminder fabius at 3:30. Take a nap [sic].” 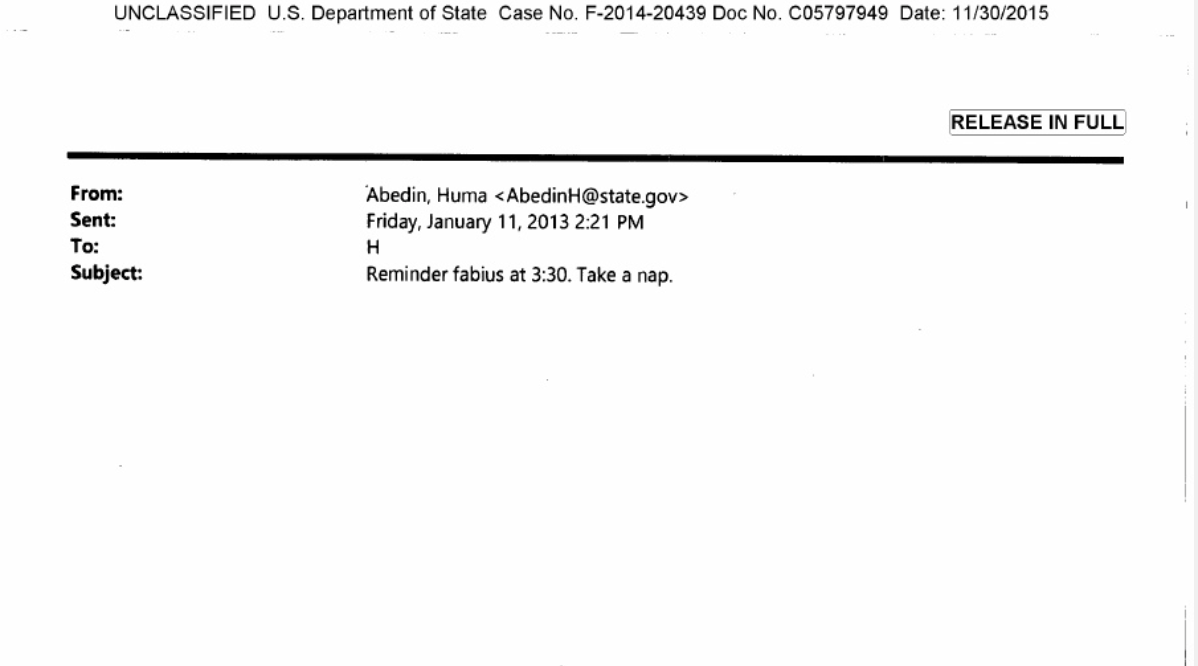 Since Abedin’s email was sent at 2:21, it can be assumed that Secretary of State Clinton dropped what she was doing and napped for an hour before her meeting with Fabius.


Clinton’s response to the email appears to corroborate she did just that.

Huma Abedin was incredibly concerned about her boss’ health.

Not only did she monitor Clinton’s naps, but she reportedly once burst into tears after finding out that Hillary had carried her own bags up a flight of steps.

“Abedin took her duties so seriously, the source recalled, that when she learned that Clinton had once carried her own bag up a flight of stairs in her aide’s absence, Abedin nearly burst into tears.”

The relationship between Hillary Clinton and Huma Abedin is bizarre, to say the least.

Tell us what you think of these newly released emails in the comments section!


Previous Pence Drops 9-Word Truth Bomb About Hillary - This is Why Trump Picked Him!

Next HILLARY CLINTON: "I Will Talk Only to White People"