By now, you’ve undoubtedly heard about Colin Kaepernick’s refusal to stand during the National Anthem at Friday night’s preseason game against the Green Bay Packers.

Just in case you’ve been living under a rock for the past few days, the 49ers quarterback remained seated because he was “not going to stand up to show pride in a flag for a country that oppresses black people and people of color.”

Kaepernick is the poster child for what a racist, cop-hating anti-American looks like. He’s worth $126 million and is (or was) idolized by millions. He has a rich, pampered lifestyle because he is a great athlete. But a patriot, he is not.

Do you want to know what a real American patriot looks like? He looks like Marine Corps Sgt. Zachary Stinson, who lost both legs in Afghanistan in 2010 to an IED while defending his country. A man who would give anything to be able to stand and honor his nation. You want real oppression? Try the Islamic Jihadist variety, not some fake non-existent racial oppression used as a political weapon of racial supremacy. Stinson is a true hero who sacrificed everything for his country… something Kaepernick could never understand.

Kaepernick has effectively been put in his place with an image of Stinson which is going viral on social media. 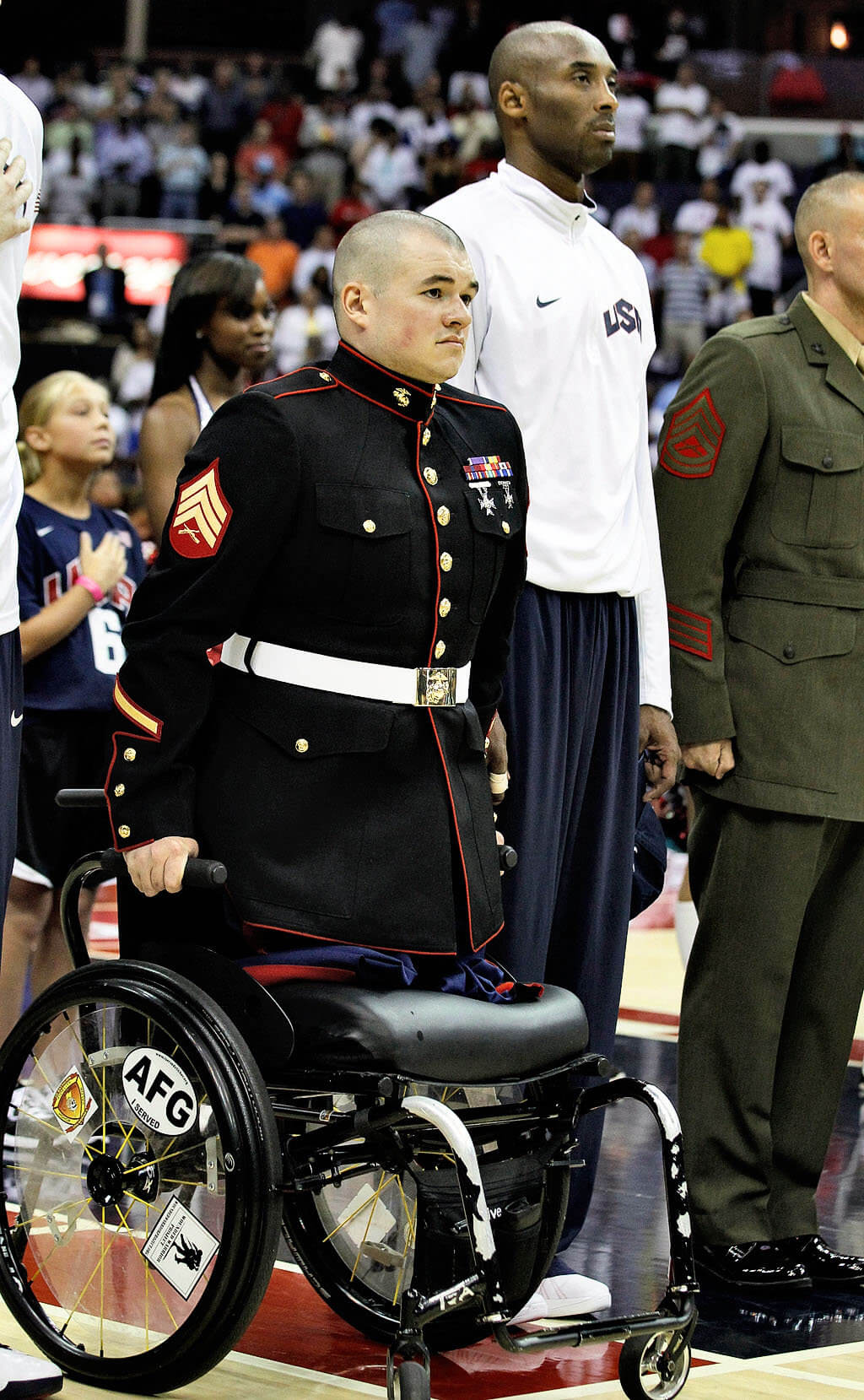 The Twitter reactions came in swiftly, and users did not hold back their true feeling about Kaepernick’s blatant show of disrespect for the country which has given him so much… 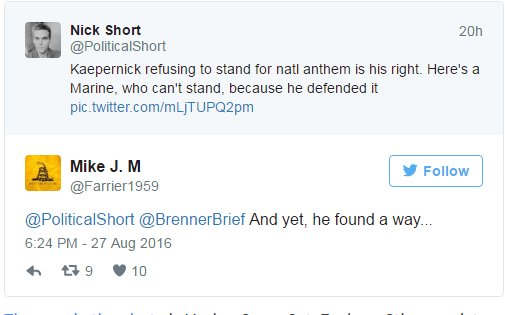 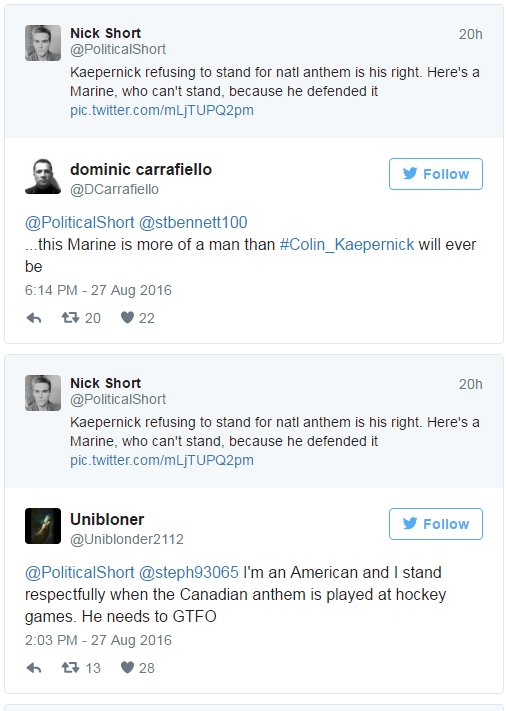 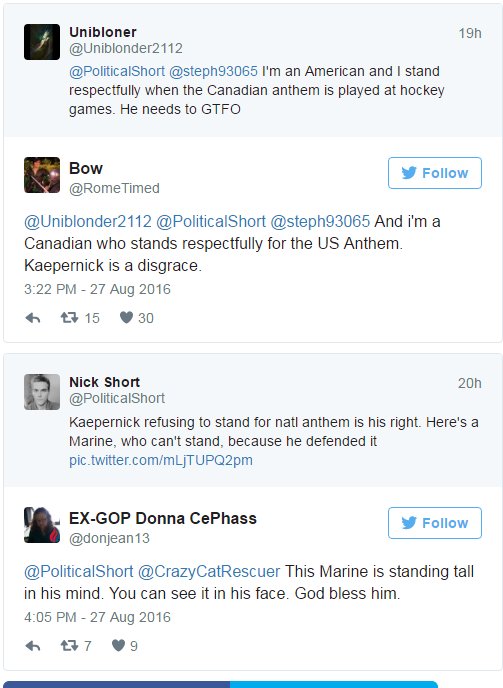 Share this report if you deeply respect Sgt. Stinson’s sacrifice and think Colin Kaepernick should spend the rest of this season warning the bench!


Previous [VIDEO] 4 Drunk Guys Pick Fight With Wrong Guy, Only After Do They Realize Who He IS