An Australian mum has had enough of the “reverse racism” and “double-standards” that come along with the modern discussion on skin color.

She decided to use her young daughter to make a blunt statement on just how biased we’ve become when it comes to race.

Bec Bee posted photos of the little girl’s face painted white, and just as she expected, there was no massive uproar the way there seems to be when a white person paints their face black in order to portray a character. 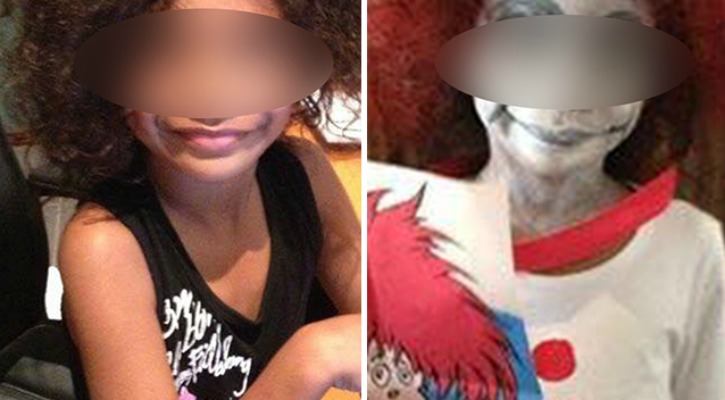 Queenslander Bec Bee said she was inspired to make the controversial statement after watching the furore surrounding a young boy who dressed up as West Coast Eagles footballer Nic Naitunui, complete with blackened skin.

Ms Bee said the little boy had dressed as Naitunui as a tribute to his idol but would carry the scars of the nationwide blackface controversy for the rest of his life.

According to Bee, the boy “did not suffer from racism or discrimination, he idolised a man who has achieved great successes.”


She blamed the “dark skinned community” for teaching him racism.

“Not once did anyone say anything when I painted my black daughter white 3 years ago. We need to stop the double standards, a hero is a hero!” Bee wrote on Facebook.

Tell us what you think of her controversial statement in the comments section!