On August 6, 2010, Staff Sergeant (Ret.) Joey Jones’ life was forever changed when he stepped on an IED in Iraq.

He lost both of his legs above the knee, and severely damaged his wrists and right forearm.

He is grateful for that gift – one most of us take for granted – because it means he can honor his country when The Star-Spangled Banner is played. (As if he hasn’t already honored his country enough!)

So when 49ers quarterback Colin Kaepernick refused to stand for the National Anthem at Friday night’s preseason game against the Packers, despite being an able-bodied man, Jones took to Twitter to put the show of disrespect in perspective. 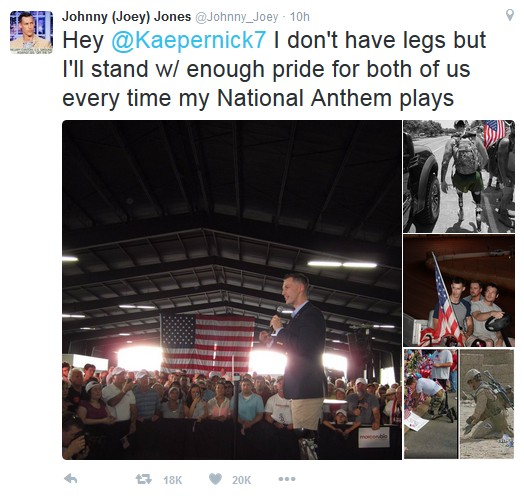 Instead of Jones being given the admiration and respect that he deserves as a true American hero, he was bullied and taunted by supporters of the Black Lives Matter movement.

Here are some of the most vile responses… 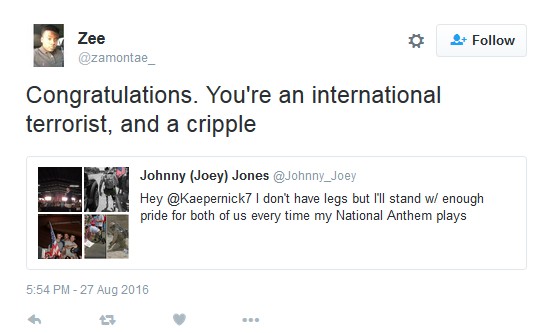 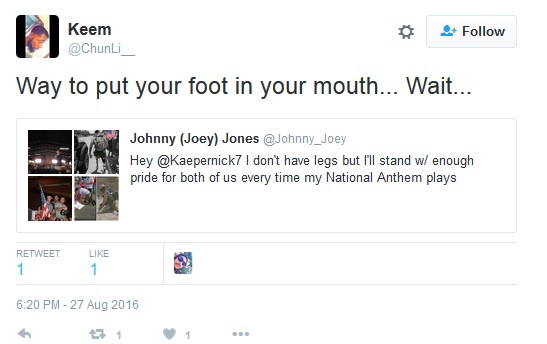 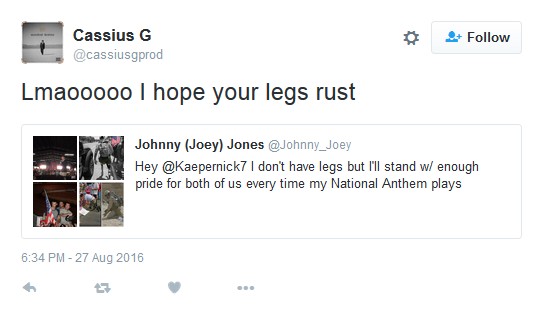 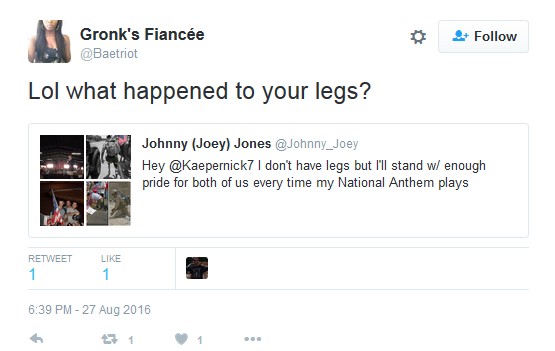 Joey Jones sacrificed greatly for the freedom of speech that allows these racist buffoons to mock him, but they will never admit that.

They’d never take a bullet for their country, either.

I wonder if they’d take one for their welfare checks…

Previous US Marine Has No Legs, But He Doesn't Need Them to Destroy Kaepernick