When an Indiana teacher noticed 36 large welts and severe bruising all over the body of one of her students, she immediately notified the police.

The boy’s mother, 30-year-old Burmese immigrant Kin Park Thaing, was charged with battery and neglect of a dependent, but now she want those charges dismissed on the grounds of religious liberty.

A verse in the Bible allows her to beat her 7-year-old son with a coat hanger, claims Thaing. 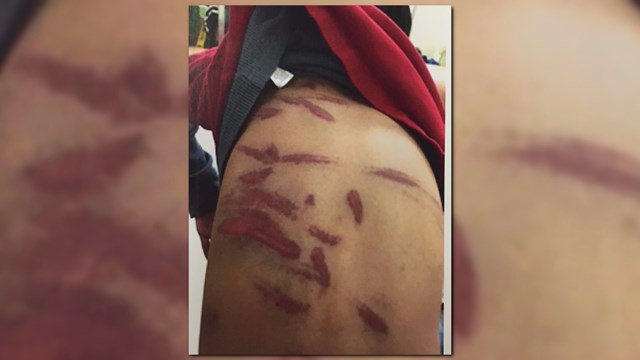 The passage in question?

Thaing says she beat her son because he was about to hurt his sister.


Indiana’s Religious Freedom Restoration Act, which was passed last year, protects the mother, claims her attorney, but legal experts say the legislation was not meant to shelter child abusers.

“You’re entitled to spank your child, however there is a line at which that becomes unreasonable,” said Curry. “We believe that this particular defendant went way over that line.”

Since it’s passage in 2015, this is not the first time the Religious Freedom Restoration Act has been manipulated by opportunists – the First Church of Cannabis in Indianapolis has also used the law in order to make a case for smoking pot in church.

According to KFOR, Thaing will go to trial in October. Tell us what you think of her parenting in the comments section.