Vera Caslavska, the Czech gymnast who won seven gold medals before her public opposition to the Soviet invasion of her country ended her Olympic career, died on Tuesday at the age of 74.

The Czech Olympic Committee confirmed that she passed away after being diagnosed with pancreatic cancer a year and a half ago.

At the 1964 Olympic Games in Tokyo, Caslavska won gold medals in the vault, in the balance beam and in the all-around. She also led the Czech team to a silver medal in the team event, behind the Soviets.

Four years later, at the Mexico City games, Caslavska won gold medals in the vault, the all-around, floor exercise and uneven bars and silver medals in the balance beam and the team competition. She also shared the gold medal in the floor exercise with Larisa Petrik of the Soviet Union, who moved up from second place when Soviet judges revised their scores at the last minute.

Caslavska is credited as being one of the first to introduce a strong, acrobatic, athletic style to gymnastics, which previously had been more dance-oriented.

According to Bart Connor, who won an Olympic gold medal in 1984, “She was one of the most dominant gymnasts of her time, balanced in all the events and completely comparable to someone like Simone Biles.” 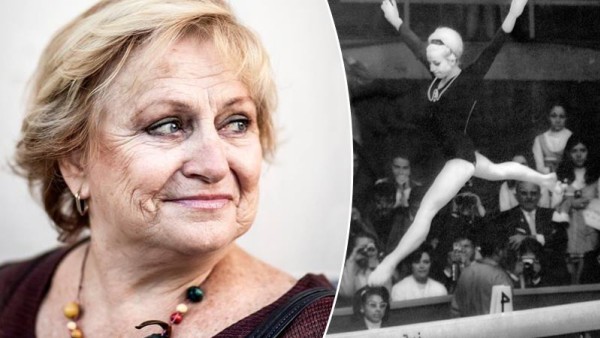