To be fair, I’m not sure exactly what sort of response this woman was hoping for when she asked other users of an online advice site if it were wrong for her to sleep naked with her 16-year-old son, but I think most people who post about their strange habits on online forums are looking for validation.

This mother certainly didn’t that.

A mother has left the internet shocked and appalled this week after she questioned whether there’s anything wrong with sleeping naked with her 16-year-old son.

“Is it wrong for me (a mother) to sleep naked with my 16 year old son?” the anonymous poster wrote on the question and answer site Quora, causing a heated debate.

According to Daily Mail, she got a resounding “yes” in response from everyone who replied, with many warning her that what she was doing could easily be interpreted as child abuse.

“This is a most awkward thing to do,” one man warned. “I don’t understand your intention behind sleeping with your son, naked. This could leads to serious consequences which make you guilty later. Please avoid sleeping naked along with your son.” 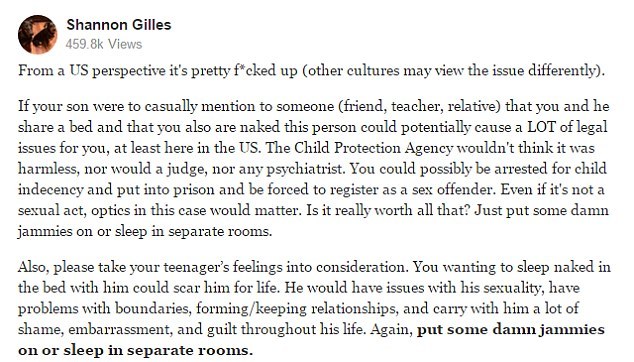 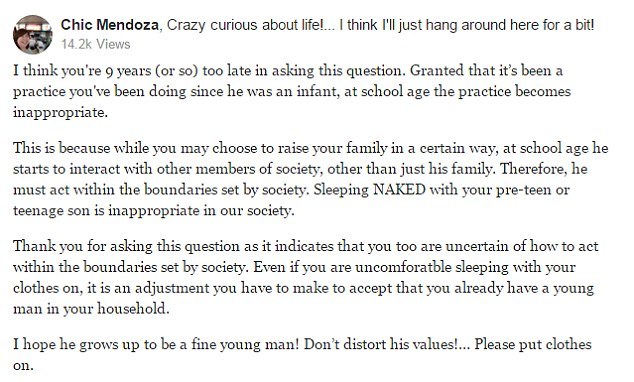 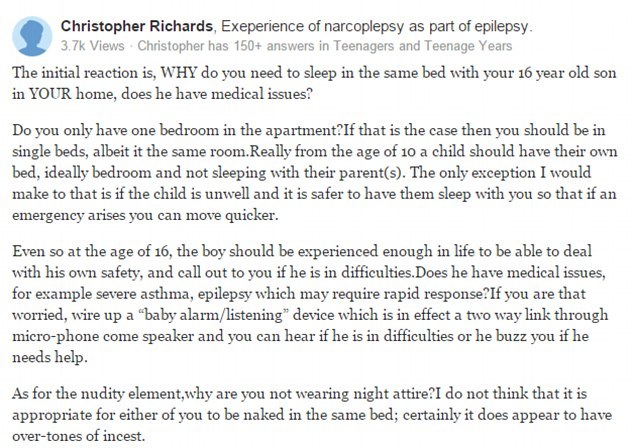 It’s possible that the woman who posed the initial question could be doing to so for attention, or as a prank.


Her post has since been deleted, perhaps out of sheer embarrassment when she realized that public perception of her sleeping arrangements wasn’t at all satisfactory.

Have your say on this topic in the comments section!


Previous Officer Ambushed by Armed Hoodlums, But He Has a Nasty Surprise for Them