She thought it would only amount to one drink… 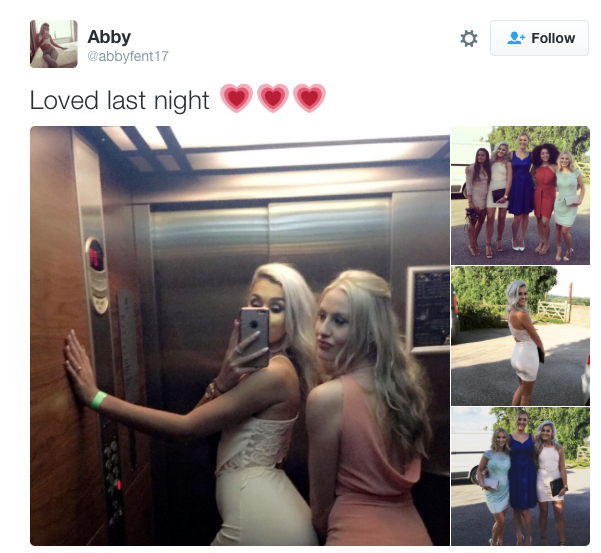 18-year-old Abby Fenton was out having fun at a club with her friends, when a tall man, apparently named Liam, asked if he could buy her a drink.

The pretty Biomedical Sciences student accepted, and recounted the event in speaking to The Lad Bible:

“He came up to me and he seemed okay. Then he offered to buy me a drink so I accepted then walked off to join my friends.

“I couldn’t tell you what I asked for, I can’t remember. I think I just asked for something with vodka in.” Fair enough.

She added: “I just remember him being tall. I literally asked nothing about him. I didn’t find him good looking, I just thought it was a free drink.”

Evidently, Abby gave the guy her phone number, as weeks later the following text popped up: 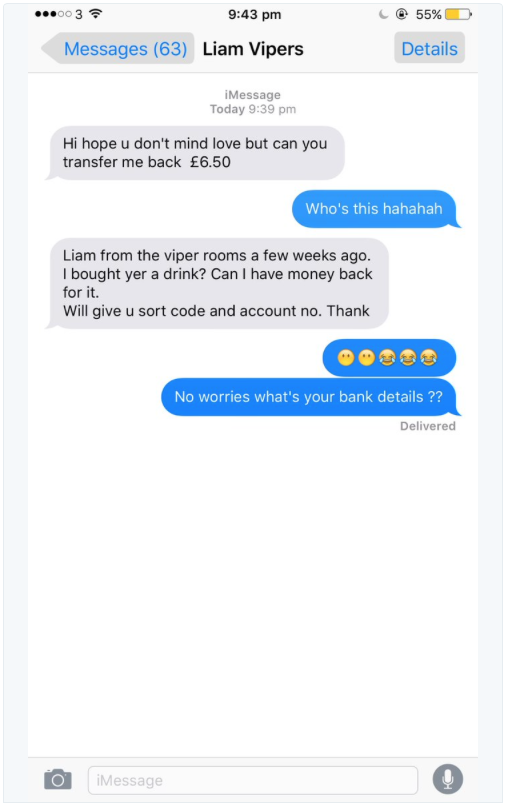 Her tweet became so popular that the conversation took off! People think the story is hilarious. 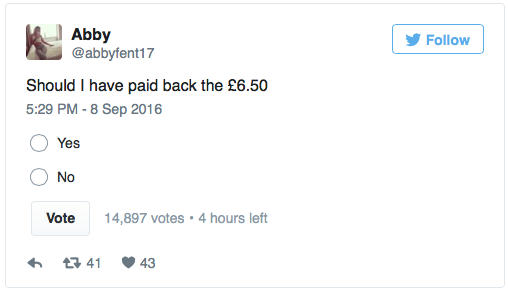 Abby ended up paying the guy back, though most people on Twitter voted “NO WAY!”

Apparently, the discussion is ongoing, as the Club Manager contacted Abby, also via Twitter. 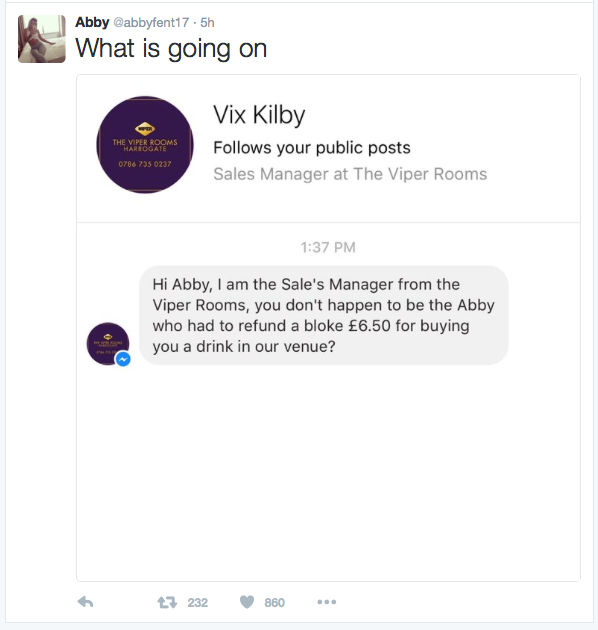 Perhaps Abby will get some kind of modeling or advertising gig out of the whole affair?

If so, the price of the drink that she paid back is totally worth it!