The Internet and the news media have been pouring over this question for months. Now, perhaps finally, we know the truth! 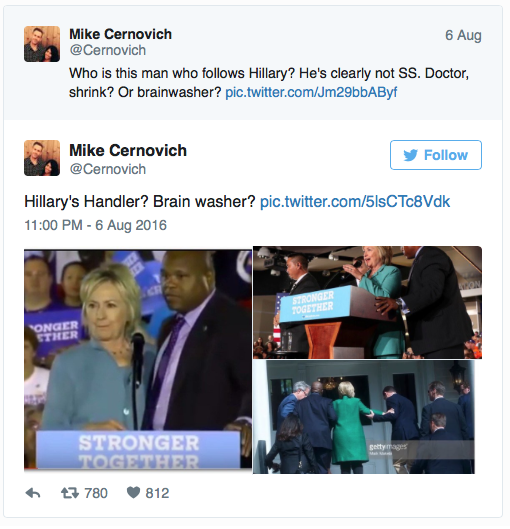 He supports Hillary when she appears ill. He carries strange devices. He was even seen during one of her “short-circuits” during a speech reassuring her.

Recently, we reported that this man carried an “anti-seizure” pen:

Finally, Paul Joseph Watson says that he has the truth about the man’s identity.

So his name is Secret Service Agent Todd Madison!

What do you think of this breaking revelation? Does it change your view of Hillary’s health? Is there something more that we do not know?