Colin took a stand to promote change…he says. What he promoted however, was further division, and chaos.

Now the American public has had ENOUGH…and they are taking action.

Thursday night Denver Broncos player Brandon Marshall became the latest player to take knee during the anthem, and the first of the regular season. His protest came only hours after Seattle Seahawks players threatened a team-wide protest for their game on Sept. 11.

Those incidences were the end of the line for many, and the hashtag #BoycottNFL began trending on social media where it remained on Twitter’s top 10 trending topics Friday.

If more losers continue to disrespect our flag I will #boycottNFL I will hold owners and coaches accountable. 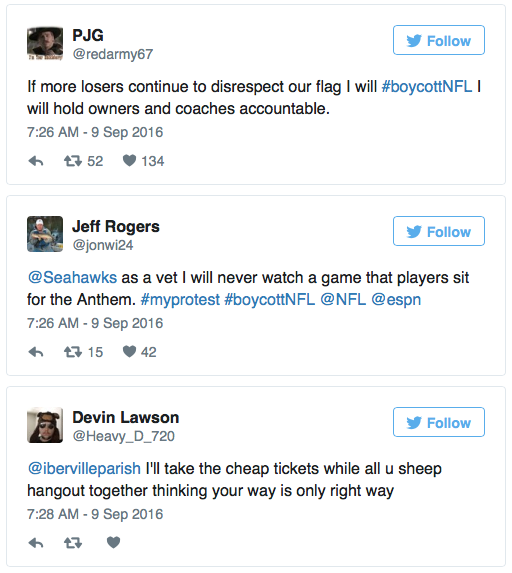 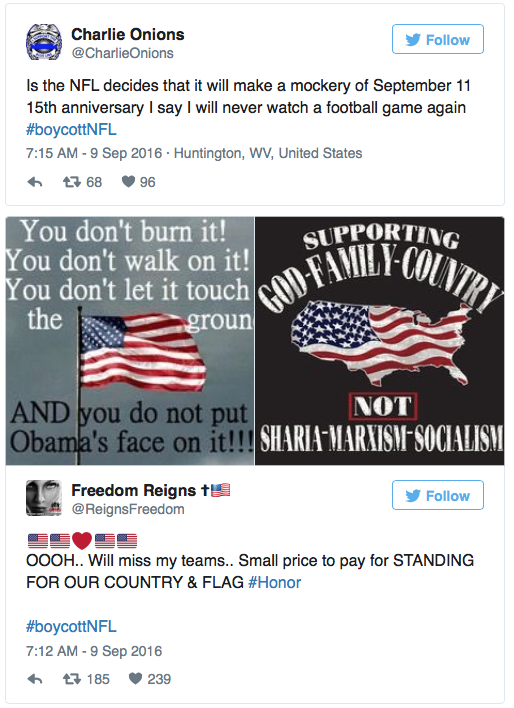 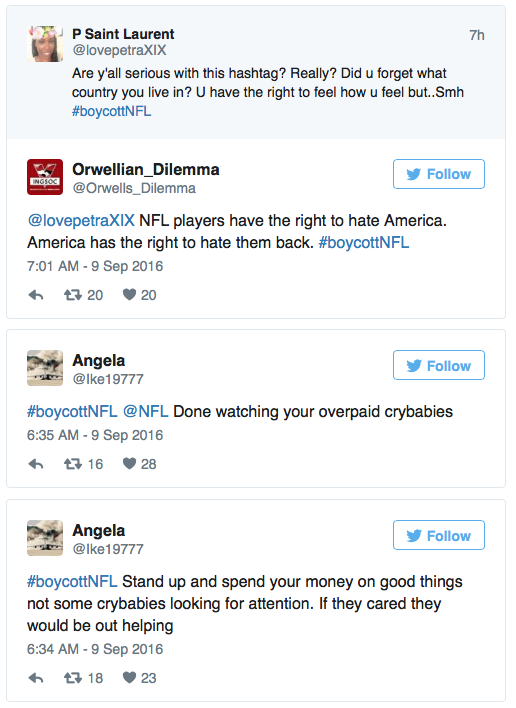 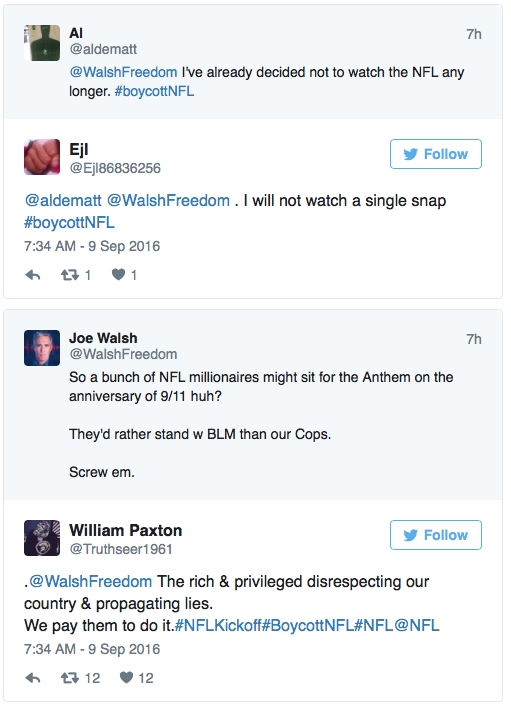 This land has never been so divided in modern times. It only took 8 years for all this to rupture and boil up and over. Now people walk around doing one thing… looking for their next opportunity to get offended just so they can take a stand and add to the drama.

I’m not sure I’ll be able to endure much more annoyance. Boycott the NFL players, we don’t need them. They need us.

Next Soldier Stands Quietly With Flowers in His Hands, Now Watch Who Comes Running Up