He took several shots with his iPhone when he spotted the phenomenon. Take a look at this wider shot of the World Trade Center from his camera roll showing the entire skyline: 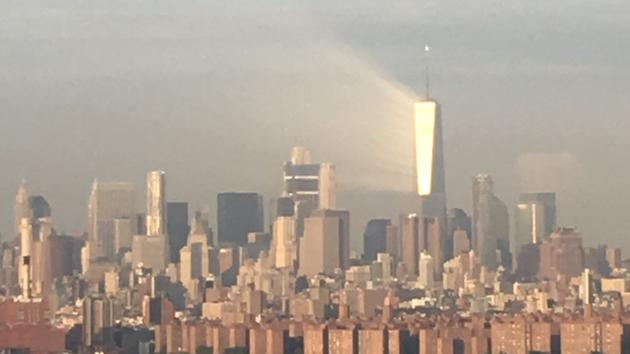 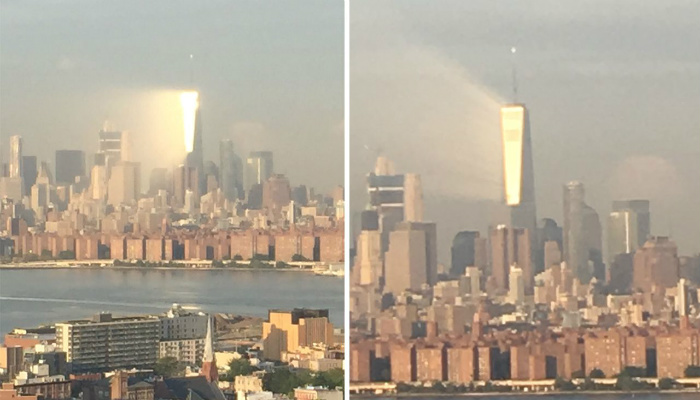 Previous Broncos Player Takes Knee For National Anthem, But He Is Not Praying