On the heels of news that Hillary Clinton’s doctor has diagnosed her with pneumonia, questions are being raised about how bad her health truly is, and to what lengths the Democratic nominee will actually go to disguise her medical issues.

An internet theory has surfaced which appears to have merit and is backed by photo and video evidence, thus, it should not be discounted as a so-called “conspiracy theory.”

Allegedly, Hillary Clinton is using a body double to fool the media and voters into believing her health isn’t an issue. Take a look at these photos of Clinton, juxtaposed with the woman some are claiming to be the body double… 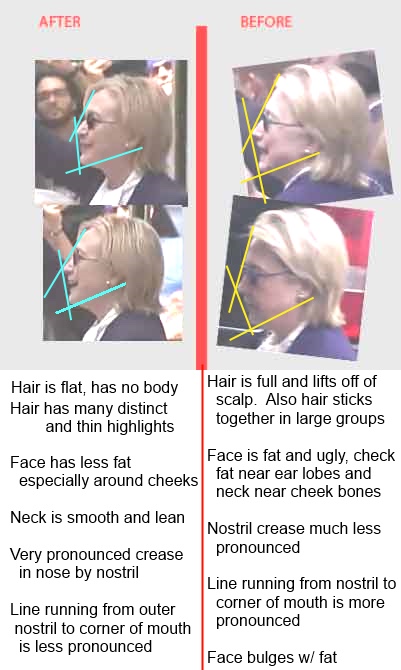 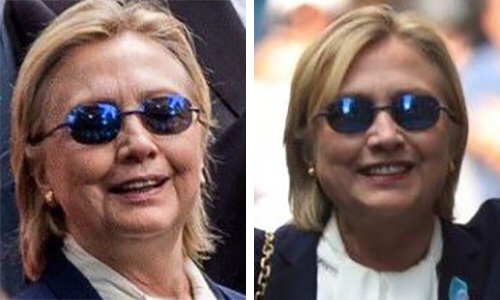 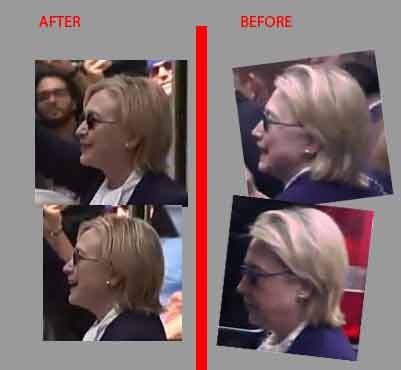 
“And here’s the thing,” he added, “Hillary is ALWAYS surrounded by her ‘handlers’, not including Secret Service. When she exited her daughter’s apartment yesterday, there wasn’t a single person around her.”

Duncan is right. Just take a look at the footage of Clinton leaving Chelsea’s apartment on Sunday all by herself:

It was a far cry from the entourage Clinton usually keeps inches away, not to mention the fact that her voice and body language are completely off. “She doesn’t look like Hillary, facial skin tone, hands, demeanor, the walk, weight, age, hair,” commented a body language specialist of 50 years after seeing the video.

Oh, and then there’s the fact that NO DOCTOR IN THEIR RIGHT MIND WOULD HAVE CLEARED HER TO BE OUT IN PUBLIC TWO DAYS AFTER DIAGNOSING HER WITH PNEUMONIA.

If she does have pneumonia, which is likely just another one of the lies perpetuated by the Clinton camp, why was she in the home where her young grandchildren live, during a period when she was still infectious?

And if her health is “just fine,” then why, all of a sudden, has she cancelled her California campaign event?

Let’s not forget now the way liberals vilified John McCain for his heart issues back in 2008, and he wasn’t suffering from fainting spells or canceling campaign stops.

Do you think Hillary Clinton would use a body double to try to convince the American people she is healthy? Remember, this is a woman who has repeatedly misled government authorities as well as the American people concerning matters of much graver importance…

Have your say on this new theory in the comments section.

Next Mom Posts Selfies Most Would Consider "Inappropriate," But There's One MAJOR Catch