Vandals destroyed a 9/11 memorial at Occidental College in California on the fifteenth anniversary of the terrorist attacks.
Occidental College’s Republican Club placed 2,997 flags on the campus quad Saturday night, one for each of the victims who died 15 years ago.

Shortly after midnight Sunday, club members found that vandals crushed, snapped, and threw the flags in the trash. The vandals also put up posters and fliers that “shamed the victims of 9/11,” according to the student organization’s post on Facebook. 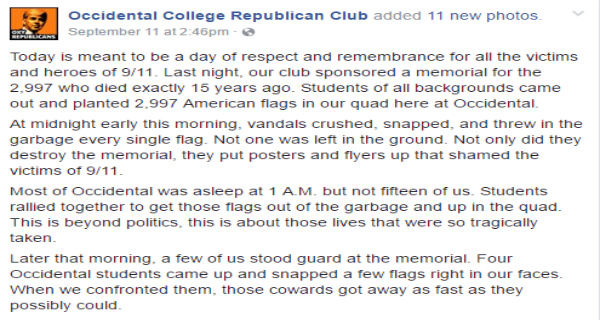 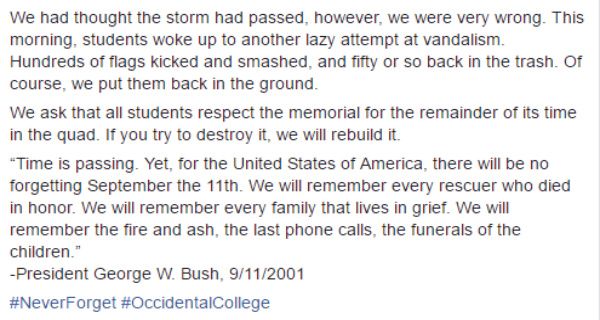 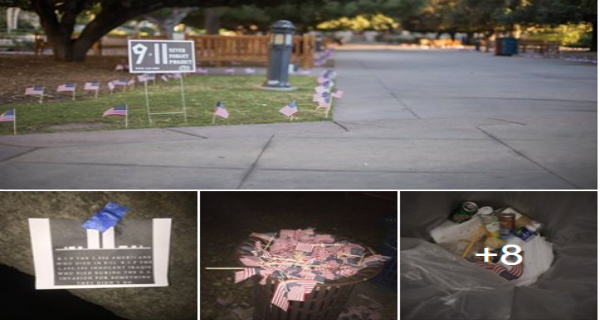