There has been no shortage of backlash against Donald Trump this election season. The Republican nominee during any election year always seems to get the brunt of attacks while their Democratic opponent enjoys favorable media coverage and a “free pass” from their various scandals, but in Trump’s case, the attacks have gone far beyond the scope of what we’re used to seeing.

A piñata in the likeness of the billionaire businessman was smashed and naked statues of Trump were erected in major cities across the country, and now, the Mexican death metal band Brujeria has released merchandise depicting Trump’s severed head along with the slogan “Make American Hate Again.” 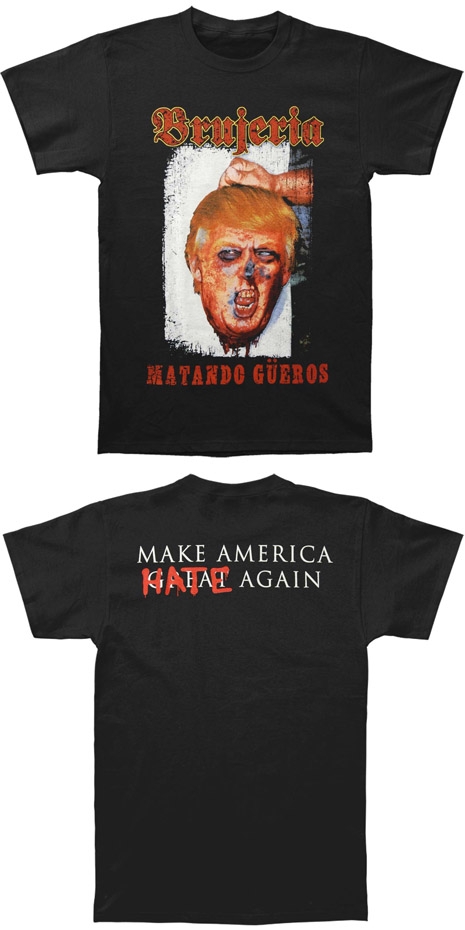 For over 25 years Brujeria have been releasing vicious, twisted death metal and grindcore in the guise of armed and masked Mexican drug lords, with a blinkered lyrical route of killing gringos, shooting immigration cops, selling coke and general badness. The intro to their 1995 album Raza Odiada even had the band mock up an assassination of then-Governor of California Pete Wilson.

Originally featuring, among others, Billy Gould of Faith No More, Shane Embury of Napalm Death and Dino Cazares of Fear Factory, Brujeria now has a revolving door of members who answer the call to arms by picking up a guitar or machete and donning a mask.

The band have gone down their usual tasteless route with a new line of anti-Trump T-shirts that go beyond a red circle with a line through the Donald.

The T-shirt is a new take on the cover of their 1993 debut album Matando Gueros (slang for “Killing gringos”), a picture of a decomposing severed head that was ripped from the Mexican crime tabloid ¡Alarma!.

The new design features Trump’s severed head with a few black eyes as a bonus — with a bastardised version of Trump’s slogan on the back: Make America Great HATE again. 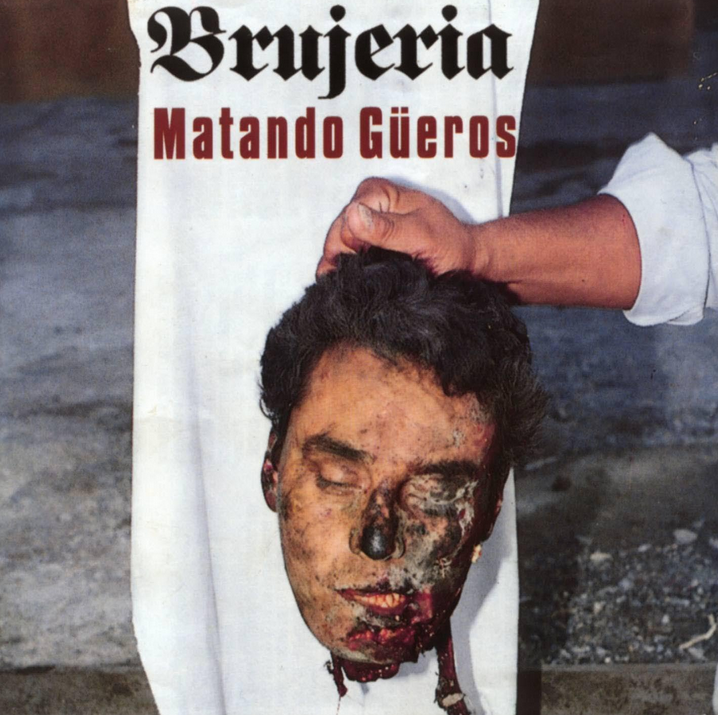 The kicker? You can buy Brujeria’s album at Walmart.


Previous GUCCIFER 2.0 At it Again, This Time It May Put Hillary in the Ground