Obama sings the praises of Islamic culture every chance he gets, he has been fighting rumors that he is a practicing Muslim, and he always denies these claims; however what he did  Monday may suggest the rumors are accurate… 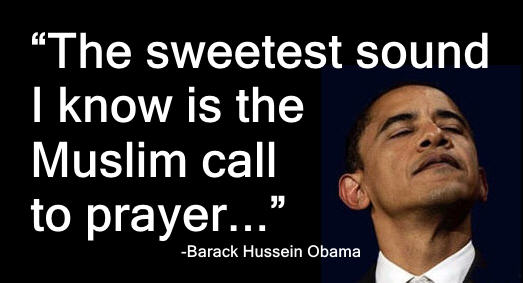 Eid-al-Adha is known as the Muslim day of sacrifice, as Muslims worldwide will kill and ritually sacrifice animals during it. Obama called this “a celebration of the ways faith can transcend any differences or boundaries and unite us under the banners of fellowship and love.

“[W]e are reminded of the millions of refugees around the globe who are spending this sacred holiday separated from their families, unsure of their future, but still hoping for a brighter tomorrow,” Obama said. “As a nation, we remain committed to welcoming the stranger with empathy and an open heart — from the refugee who flees war-torn lands to the immigrant who leaves home in search of a better life.”

This came a month after Obama reached his goal of accepting 10,000 refugees from Syria.

What Obama failed to mention in his “celebration,” is this ritual has caused huge problems. Some of these Muslim run countries have cesspools of sewage running down the streets. Take Dhaka,Bangladesh for instance. Critics and animal activists took the opportunity to call the ancient ritual barbaric while others blamed it on the poor drainage system. Whatever the case may be, Obama was happy to celebrate an ancient, barbaric ritual, yet how dare we as American’s say “Merry Christmas!”