One officer has been hit. Others injured as authorities act…

Early reports indicated that someone was shooting at passing cars. 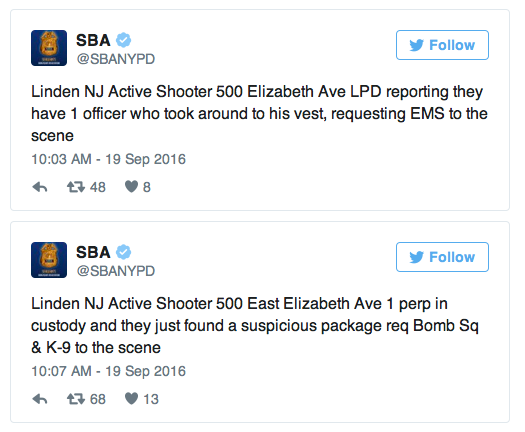 At least one officer has been injured and the suspect is in custody following a shooting in Linden, New Jersey. It is unknown whether the incident is related to this weekend’s bombing in the neighboring city of Elizabeth.

There are reports of a possible explosive device. The bomb squad and police dogs have been called to the scene.

We will continue to follow the story and provide updates.


Previous People Have Noticed Something Odd Happening at Hillary Rallies - Do You See it?

Next BREAKING: Bombing Suspect Rahami Arrested In NJ After Shootout