According to Opposing Views, photos showing a tense standoff between Carolina Panthers quarterback Cam Newton and 49ers quarterback Colin Kaepernick have fueled speculation that the two are feuding. 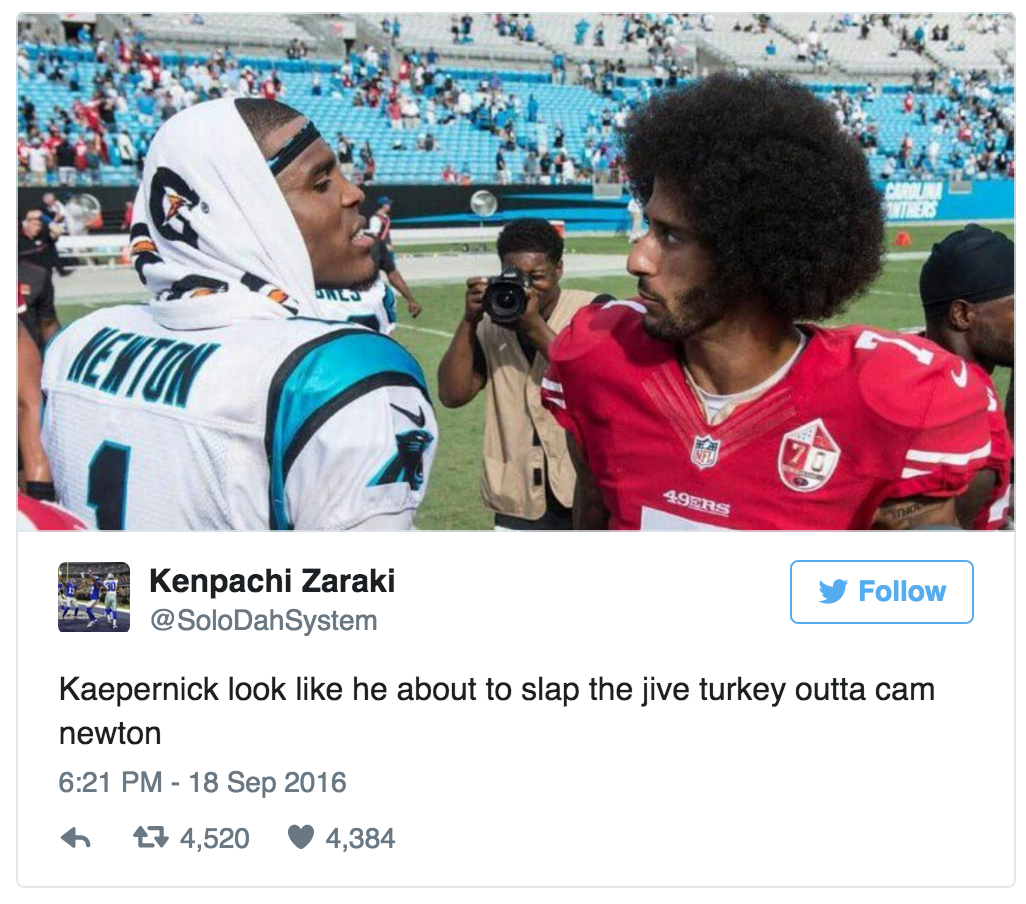 “I think there’s some hostility and friction between these two guys based on the picture…” said Fox Sports’ Speak For Yourself co-host Jason Whitlock.

Show guest Shannon Sharpe agreed and noted that the two players could not be more different.

For instance, Kaepernick has been vocal about his racially-motivated disdain for the country which has given him so much, while Newton always steers clear of politics and racial issues on the field.


There may be some animosity between the two men for other reasons, as well.

“He was kind of that shiny new toy: African-American quarterback, he had tattoos, everybody embraced him. This was the new fad. This was the guy who was going to revolutionize the game because of the zone-read.”

In fact, he’s effectively earned himself the spot as the most hated player in the NFL. Reports indicate that once he’s done with the 49ers, his career will be completely over.

Share this report if you think Cam Newton’s got the right idea!

Next [VIDEO] Use A Potato To Light Your Room For Weeks