People criticized her gorgeous selfies all the time, but when they saw the floor of this one, they went crazy! 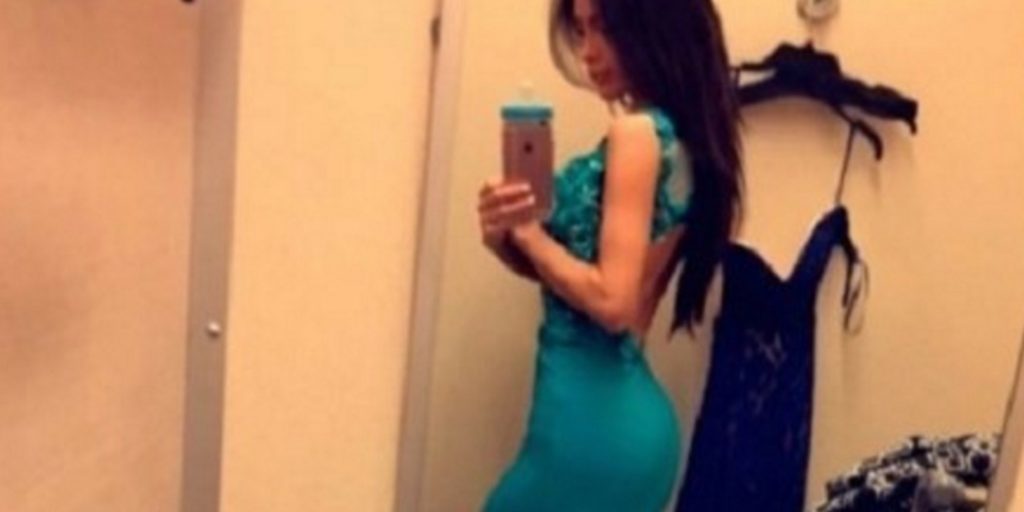 This beautiful woman has done some modeling work, and posts a lot of selfies in both her personal and her professional life. Like many attractive people, she has grown accustomed to people throwing rocks at her for her photos. The controversy heated up even more when she became pregnant. 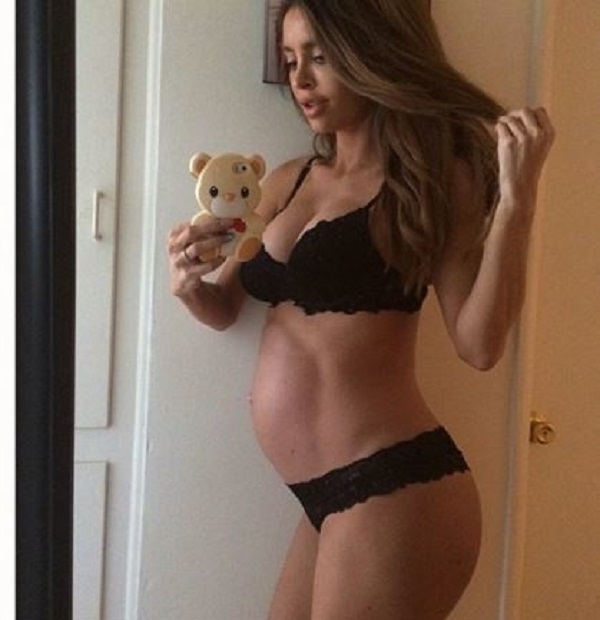 32-year-old Sarah Stage, a fitness fanatic from Los Angeles, certainly made pregnancy look good. She enjoyed documenting much of the process in photos. There is nothing wrong with that, right? 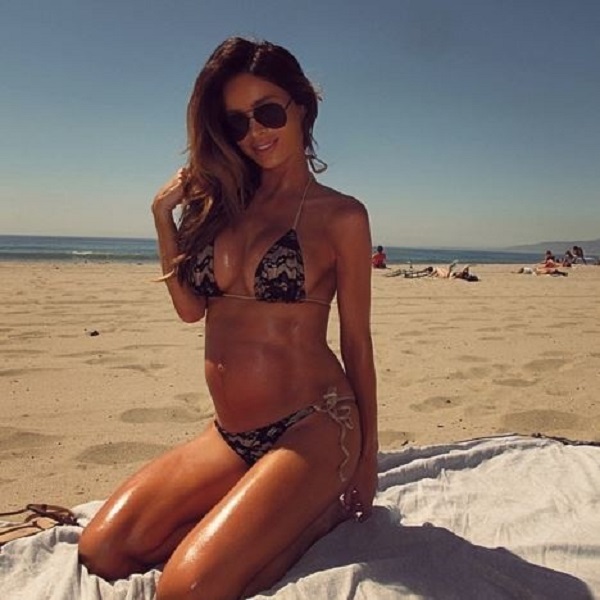 Evidently, some people believe that there is something wrong with it. Sarah says that she gained 28 pounds during her pregnancy, and people still criticized her, complaining that “her baby bump is too small,” and that “she must be starving herself to stay thin, at the unborn baby’s expense.” The implication is obvious: this person is vain and more concerned about her looks that her child. People were calling her a “bad mother.” 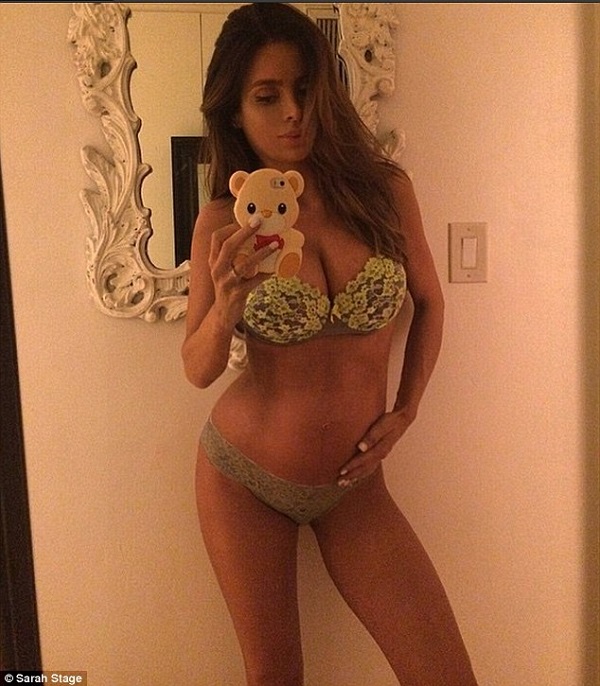 Sarah continued to work out during the pregnancy. “I made a promise to myself that I wanted to get into the best shape that I could before I was pregnant, and once I was pregnant I worked with my trainer, and he had little workouts you could do while you were pregnant,” explains Sarah…

Obviously, she was paying attention to what she was doing, and even had professional help. 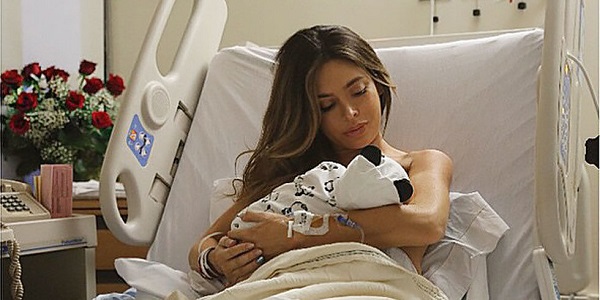 In the spring of 2015, during April, Sarah gave birth to a healthy, nine pound baby boy named James. She gave birth via c-section, and of course had to take time to recover. 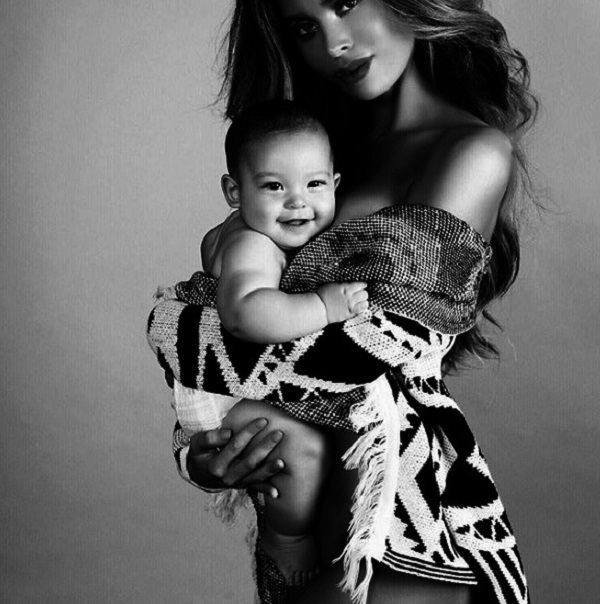 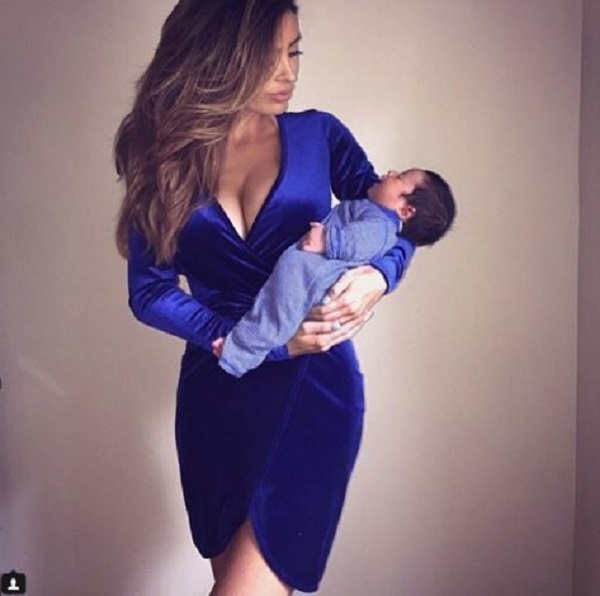 Two weeks after the birth of James, Sarah had regained her previous body weight. She achieved this by eating several small meals per day, and by working out 3 to 5 times per week.

Internet trolls, who had previously had criticized her for being sexy, had nothing left to complain about.

Until she posted this photo: 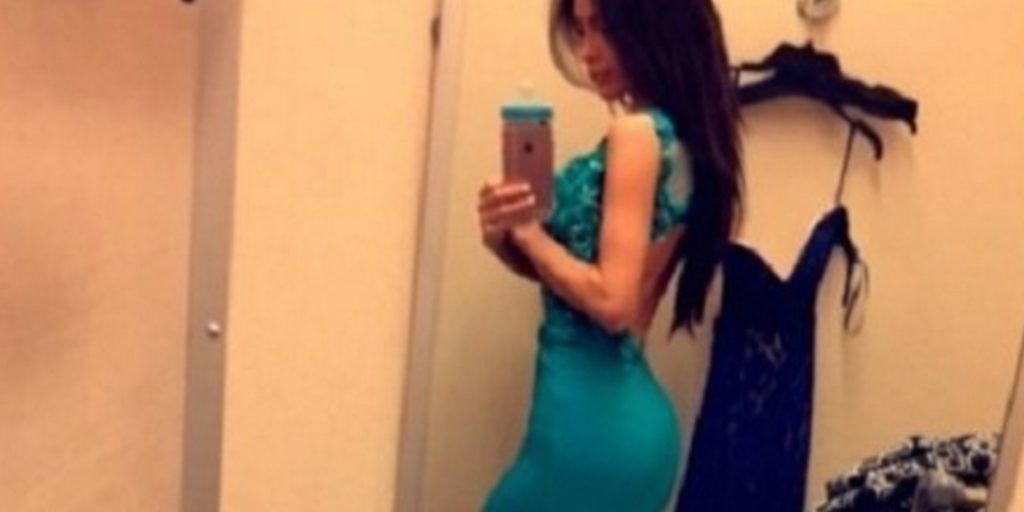 Look closely at the bottom of the photo, on the floor, as that is what Sarah’s critics did. 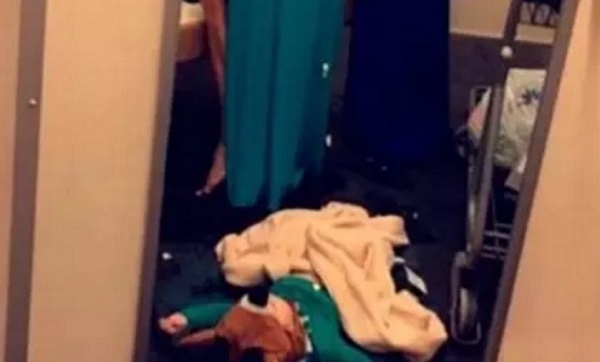 Yes, it is true, James was laying on the floor while Mom took a selfie. The Internet exploded. It was proof that this beautiful woman was a terrible mother.

Sarah is accustomed to controversy, though, and responded to her critics with this shot: 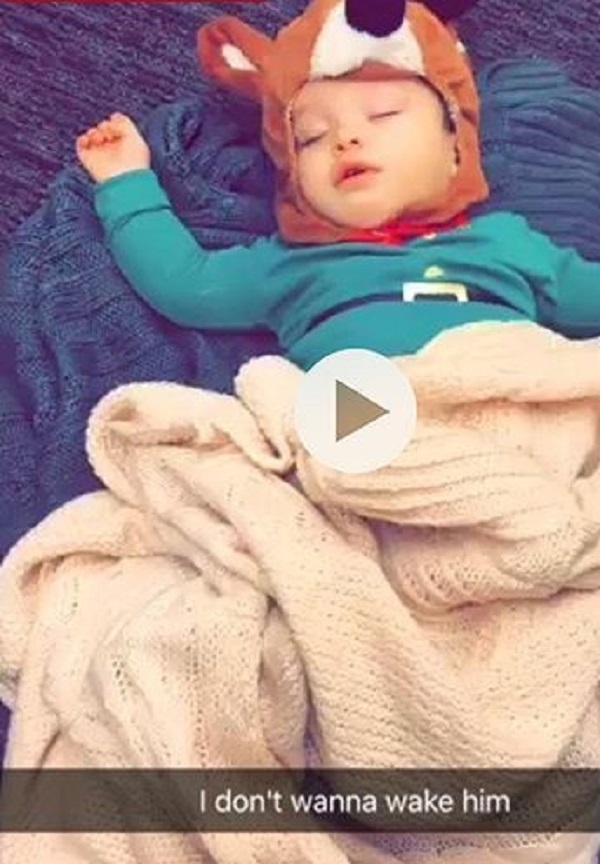 So is she a bad mother? I think people just like to complain, and that they are jealous of a pretty girl.

We are happy for little James, and happy for his mother, Sarah.

The following, from Baby Center, should help put the baby bump controversy to rest, in Sarah’s case.

How much weight should I gain during my pregnancy?

It depends on how much you weighed before you conceived and whether that’s the appropriate weight for your height. The relationship between your height and weight is expressed in a number called a body mass index, or BMI. You can calculate your BMI here.

The guidelines for pregnancy weight gain are determined by the Institute of Medicine (IOM). Here are the most current recommendations, set in 2009: